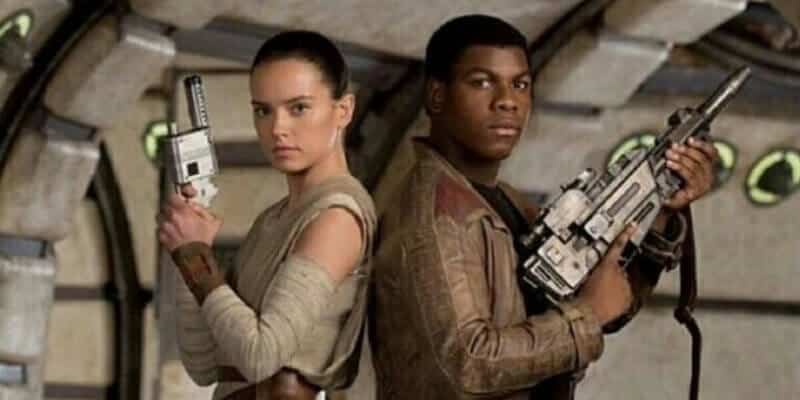 Despite having a few successes, fans don’t think Star Wars has hit its true potential due to Disney letting Lucasfilm have a poor handle on the franchise, according to one industry insider.

After seeing the Sequel Trilogy, fans knew that Palpatine wasn’t meant to be the great villain for the new trilogy. JJ Abram’s works, alongside Rian Johnson’s controversial Star Wars: Episode VIII — The Last Jedi (2017), divided fans beyond what anyone had ever seen.

Now, Star Wars tend to be full of lower-budgeted Disney+ series, emphasizing quick and snappy moments rather than telling a character-driven story. Tony Gilroy’s Andor might change that by showing fans an in-depth story on Diego Luna’s Cassian Andor, but this series might be the exception to a glaring problem at Lucasfilm.

For instance, fans won’t see a Star Wars movie until maybe 2025, but that all depends on whether or not Lucasfilm can agree on a script and start production soon. For three years, fans have waited with several promises of more movies on the way, but no work has been done to fulfill that promise, so fans have been left with no movie since the dreadful Sequel Trilogy.

Looking back at Lucasfilm’s decisions over the past few years, it becomes evident that something has hindered their success because even though movies like Star Wars: Episode VII — The Force Awakens (2015) broke box office records, Star Wars could be dominating the box office over and over again if they had done things differently.

Hollywood insider Matthew Belloni who currently works as a reporter, shared his thought in a podcast detailing how the Sequel Trilogy was set up for failure once JJ Abrams assured Lucasfilm they could figure out story elements for the trilogy after each movie:

Even though Andor, apparently, is good, this new Star Wars series that Tony Gilroy did, so keep that in mind, but I believe the management of the Star Wars franchise has been abysmal since Disney took over Lucasfilm. And mostly on the film side. If you go back now, in retrospect, and look at how they handled this franchise, it’s awful! I mean, the fact that they rushed to get Force Awakens into theaters, first it was supposed to come out in summer of 2015, then they finally acknowledged that, ‘Oh, we’re not gonna make that,’ but they didn’t delay it, they put it only into December of 2015. So they had to rush to finish that one. They had no idea what the next episode would be when they made Force Awakens. That, I am told, was a JJ Abrams decision, basically saying, ‘Let’s just make this one good and then we’ll figure out the rest.’ Then they made, then they let Rian Johnson do his episode, and he made a bunch of changes to the franchise that they didn’t know how to deal with on the third in that trilogy. JJ Abrams basically pulled the Emperor out of his ass, they were like, ‘Oh, the big bad guy is gonna be the Emperor,’ even though he wasn’t in the previous two movies!

He continues about how Lucasfilm failed to have new ideas for Star Wars movies which is why the company has failed to release good-quality movies in the past decade:

So, the management there has been awful, they have basically put a pause on the movies. Kathleen Kennedy has hired director after director to try to figure out what these stories are gonna be. She hasn’t had any plan that’s worth greenlighting. The Rogue Squadron movie that… Patty Jenkins was going to direct, that was just officially taken off the calendar for next December, even though everyone in Hollywood knew that that wasn’t happening, because they couldn’t come up with a storyline they wanted to do. And that’s despite having a big announcement where Patty Jenkins got up at an Investor Day for Disney and talked about how great her Star Wars movie was gonna be, that they didn’t know what was gonna be yet! It was a big PR mistake to do that. So, I just think the focus on streaming over the last—they got very lucky that Favreau made The Mandalorian what it was, and all the other shows have sort of come in that vein, and they’re fine. But Star Wars is no longer special, the movies are dormant, and that’s a big problem. I strongly believe they need a change at Lucasfilm.

It’s doubtful that Disney will change any of Lucasfilm’s leadership, but the movie side of Star Wars has been lacking. With shows like The Book of Boba Fett and even The Mandalorian failing to encompass more significant moments in Star Wars, fans don’t experience large-scale conflicts as their characters continue to go to what feels like the same tiny corner of the galaxy.

Tatooine has shown up consistently in every series, angered fans who wished they could see other destinations. Lucasfilm only wants to cash in on nostalgia rather than a good story. Andor could shake up the current mold for Star Wars storytelling, but one project doesn’t ensure that the franchise is moving in the right direction.

Fans will have to wait and see how Kathleen Kennedy Lucasfilm continues to tell stories, but things should change soon so fans can enjoy going back to the theaters to see another Star Wars movie. Waiting six years to see Star Wars on the big screen feels wrong and shouldn’t happen again for fans.

Do you think Lucasfilm needs to change its leadership?