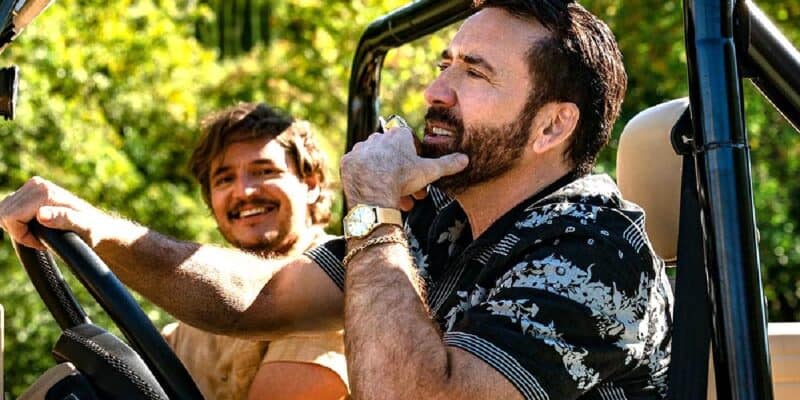 Nicolas Cage might end up in The Mandalorian if he listens to one of his good friends.

After starring in a movie about himself, The Unbearable Weight Of Massive Talent (2022), Cage had a lot of fun working with Pedro Pascal. Everyone knows that Pascal stars as Din Djarin, the titular character for The Mandalorian, but the actor really hopes that Cage will get a role in his Star Wars series.

The Mandalorian has seen a lot of success over the years, with a third highly anticipated season on the way. In February 2023, fans will see Mando’s next adventure on Mandalore and see many more Mandalorians in action while also learning what Giancarlo Esposito’s Moff Gideon is up to.

In an interview at D23, Pascal shared how he hopes Cage will end up in The Mandalorian after asking the actor to take on a role:

“I already suggested [it]. I already said he would make a great Mandalorian.”

One of The Mandalorian directors, Rick Famuyiwa, asked Pascal if Cage would be willing to wear a Mandalorian helmet, and the actor shared he certainly believes so:

“He’ll wear a helmet. Absolutely… Or he could be one of the helmet-less.”

If Nicolas Cage joins the cast of The Mandalorian, it probably wouldn’t be until Season 4 unless he had a quick cameo in Season 3. Knowing how popular Cage is, fans shouldn’t be surprised if he ends up with a significant role in the series.

Cage could star as a Mandalorian, but it would make more sense for the actor to be a part of Bo-Katan’s group of Mandalorians instead of being a Child of the Watch and having his helmet on all the time. Due to the actor’s eccentric acting, it would be a shame if all of his emotions were hidden by a helmet.

At the moment, it’s hard to know whether or not Cage will even want to act in The Mandalorian, but it would be a lot of fun to see the actor show up in the Star Wars series, even if he ends up playing a completely different character.

Do you want Nicolas Cage in The Mandalorian?