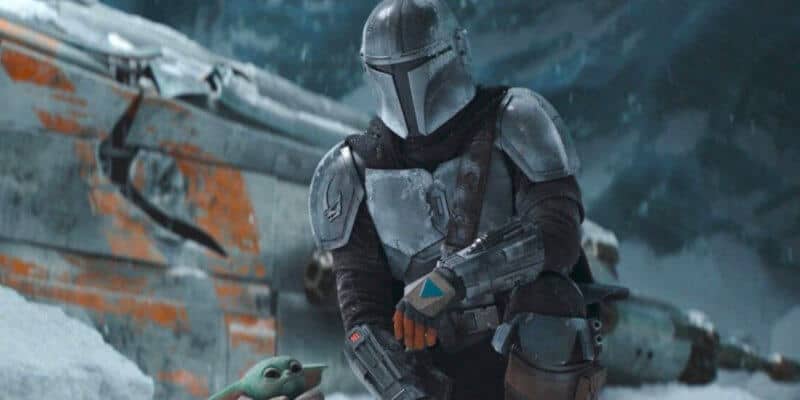 Fans probably didn’t know that one of the most controversial actors in Rings of Power was actually in The Mandalorian as a minor villain.

Related: Favreau & Filoni Are Determined to Get George Lucas Onscreen In ‘The Mandalorian’

Early in Season 1 of The Mandalorian, Din Djarin decided to meet an old friend for show work. This led him to rescue an individual from a New Republic prisoner transport, leading to Din being backstabbed by his crew.

Bill Burr’s Mayfield led the crew, and the Twi’lek they rescued, Qin, was played by Ismael Cruz Córdova. In Rings of Power, the actor plays Arondir, an elf who ends up falling in love with a human in the series.

Most fans never would’ve noticed that the same actor played the two characters, but a well-known Star Wars account shared the news following the debut of Rings of Power:

Did you know? Ismael Cruz Córdova, who plays Arondir in The Lord of the Rings: The Rings of Power, played Qin in The Mandalorian #TheRingsOfPower

Did you know? Ismael Cruz Córdova, who plays Arondir in The Lord of the Rings: The Rings of Power, played Qin in The Mandalorian #TheRingsOfPower pic.twitter.com/TweUqDjJEL

The actor has a lot of range in his acting skills, but fans of the Lord of the Rings have been very opinionated about the casting for Arondir because he is the first non-white elf, and of course, his hair is short and not blonde. For some fans, this goes against Tolkien’s work and disregards all of the work he did in creating Middle Earth.

Other fans are fine with the changes but don’t enjoy how the character is smitten with a human girl, which looks like a major plot point for the character. As the series releases new episodes every Friday, fans will have to wait and see if Rings of Power will change their minds, but that might be asking too much from the show.

More on Rings of Power:

Related: “Toxic Tolkien Takes” Engulf ‘Lord of the Rings’ Due to Amazon’s ‘Rings of Power’

Here’s a description of the new series based loosely on Tolkien’s works:

This epic drama is set thousands of years before the events of J.R.R. Tolkien’s The Hobbit and The Lord of the Rings, and will take viewers back to an era in which great powers were forged, kingdoms rose to glory and fell to ruin, unlikely heroes were tested, hope hung by the finest of threads, and the greatest villain that ever flowed from Tolkien’s pen threatened to cover all the world in darkness. Beginning in a time of relative peace, the series follows an ensemble cast of characters, both familiar and new, as they confront the long-feared re-emergence of evil to Middle-earth. From the darkest depths of the Misty Mountains, to the majestic forests of the elf-capital of Lindon, to the breathtaking island kingdom of Númenor, to the furthest reaches of the map, these kingdoms and characters will carve out legacies that live on long after they are gone.

Do you think Córdova is a great actor in both series? Let us know what you think!