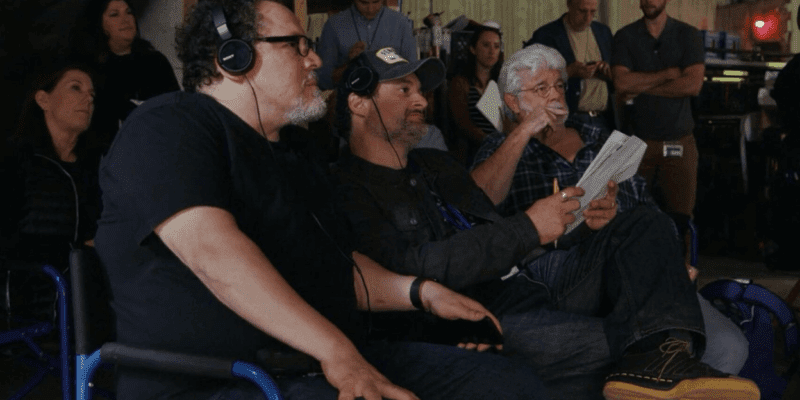 When Grogu (AKA “Baby Yoda”) first joined the Star Wars universe, alongside Pedro Pascal’s stoic Mandalorian Din Djarin, in The Mandalorian on Disney+ on November 12, 2019, he was an instant hit with both longtime Star Wars fans and with those who had never even seen a single Star Wars movie.

Then, many Mandalorian stars returned in spinoff series, The Book of Boba Fett, setting up the basis for the third season of the popular Star Wars show.

Now, the show is gearing up for its Season 3 debut in February 2023. Characteristically for Jon Favreau and Filoni, little is known about the actual plot of The Mandalorian Season 3 except that we are likely to see Djarin an Grogu return to Mandalore and the Darksaber saga will continue.

And, it seems like the fan-favorite duo behind the series might have some other surprises up their sleeves (let’s face it, they always do.) Recently, the Lion King director and the Lucasfilm Executive Creator Director shared with Entertainment Weekly that their biggest goal for The Mandalorian moving forward is to get Star Wars creator George Lucas onscreen:

“George,” he [Favreau] said with a laugh. “George Lucas. That would be the best cameo.” Filoni suggested, “He’d have to be the son of Baron Papanoida or something like that. I don’t know, I wouldn’t even speculate on that. It’s hard for me to imagine what that day would be like.” Favreau added, “Well, he’s been on the set when Dave’s been directing, so I love watching Dave and George together.”

Lucas has long professional relationships with both Favreau and Filoni, spending time on The Mandalorian set, as Favreau noted, and even working with Filoni on Star Wars: The Clone Wars animated series before selling Lucasfilm to The Walt Disney Company in 2012.

Thus, it certainly isn’t out of the realm of possibility that the mastermind behind the entire Star Wars galaxy could find himself on the small screen alongside Grogu and Djarin sometime in the near future — there are even rumors of a “Mando-Verse” movie, so who knows what the future may hold for 78-year-old Lucas.

What do you think? Will George Lucas ever actually appear in The Mandalorian saga?