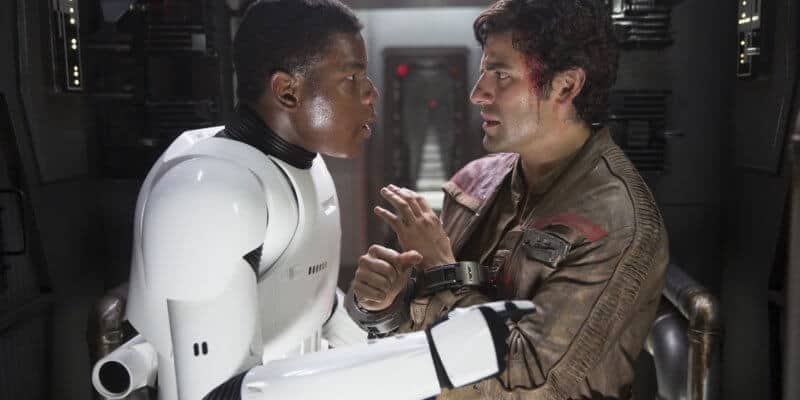 John Boyega has made it clear that he now has no interest in playing Finn in any future Star Wars project.

As Finn, Boyega went from being the first Stormtrooper turned Jedi into a janitor focused on returning to Daisy Ridley’s Rey. This change in his character led to Boyega having a minor role in the later movies in the Sequel Trilogy.

Boyega shared his distaste for what Disney and Lucasfilm did to him publicly, letting fans realize what happened to the actor. Unlike some of the Sequel actors, Boyega was always a big fan of Star Wars and had opinions about how the Sequel Trilogy handled some iconic characters.

After Obi-Wan Kenobi, Boyega shared his thoughts on the project and how he felt about Star Wars bringing back his favorite character, Anakin Skywalker, in live-action.

Now, fans thought Finn might get a spinoff after Star Wars: Episode XI — The Rise of Skywalker (2019) left the character with a fulfilled story. Fan speculated that Finn’s story could’ve continued with a prequel or even after Episode 9 with Rey realizing that Finn was force sensitive and then telling a new story about Finn being a Jedi, but the actor no longer cares about playing Finn anymore.

In an interview, Boyega was asked about his time playing Finn, and the actor shared how he felt about his character and admitted that he’s probably done playing the Sequel character:

“I think Finn is at a good confirmation point where you can just enjoy him in other things, the games, the animation. But I feel like ‘[Episode] VII’ to ‘[Episode] IX’ was good for me.”

On top of this, Boyega is happy that Star Wars took a bigger stance on racism when racist fans attacked Moses Ingram. He shared that he felt “protected” knowing that Star Wars actively supported Ingram:

“Moses Ingram being protected makes me feel protected. Do you understand what I’m saying? It makes me feel like, ‘Okay, cool. I am not the elephant in the room.’ Because when I started, it wasn’t really a conversation you could bring up.. you know how they went through it. It was kind of like, let’s just be silent. It wasn’t a conversation you could bring up. But now to see how blatant it is, to see Ewan McGregor come and support… for me, [it] fulfills my time where I didn’t get the support.”

For the moment, Star Wars has avoided the Sequel Trilogy, but that doesn’t mean that Lucasfilm won’t return to the era in the next couple of years.

With this in mind, it seems that Disney will either have to convince Boyega to return or leave his character behind for future projects that will probably include Rey and tell the rest of her story.

Do you think Star Wars will make another Sequel project without John Boyega? Let us know what you think!