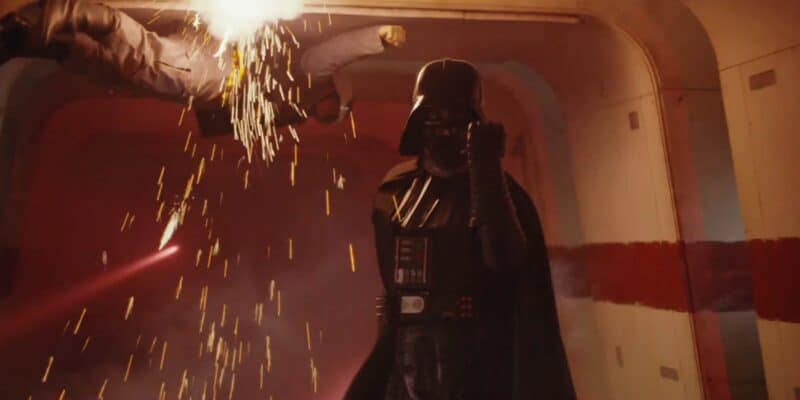 Fans should be excited as Disney may have finally done a great thing for the Star Wars franchise by giving a certain director free will to create more Disney+ series and movies.

Related: ‘Star Wars’ Actor Honored With Theater Named After Them

Not everything Disney has done with the Star Wars franchise has been a success as most fans have been upset with Disney after how they have handled Star Wars over the past ten years. The Sequel Trilogy was a complete disaster and divided fans unlike anything else beforehand.

Besides The Mandalorian, fans can almost wholeheartedly agree that Rogue One (2016) was a huge success for Disney as it has become well-liked by the Star Wars community. Now, fans can watch the new spinoff series focused on Cassian Andor called Andor later this week and get to see more of Tony Gilroy’s Star Wars.

The series will be 12 episodes and show a darker, more mature side of Star Wars that fans have wanted for a long time. Unlike other directors, Disney is very impressed with Gilroy’s work and has reportedly signed a deal with the director ensuring he will work on several more Disney+ series and movies:

Gilroy has only worked on projects set around the Rebellion’s early days, but it’s possible that he could make a new series set on the Rebellion later on during the Galactic Civil War era or even one set during the Clone Wars. Fans do love Gilroy’s espionage thrillers and Star Wars has a lot of great opportunities to include that genre in different eras.

Fans would go crazy if Gilroy managed to make a Star Wars movie set to explore a Clone Wars espionage mission with some clones relaying intel through Separatist space. Live-action projects have started to be set in every era outside of the Clone Wars which is something fans want more of.

After seeing Obi-Wan Kenobi, fans desperately want to see a higher-budget series with some legendary characters and since the Kenobi series didn’t provide any Clone Wars flashbacks, it would be amazing if Gilroy could manage to include Obi-Wan or Anakin in a movie on a dangerous mission.

While this is all speculative, fans who love Andor or Rogue One should be excited to see more of those stories made in the next few years as Tony Gilroy won’t be going anywhere.

Are you excited for Gilroy’s future in Star Wars? Let us know what you think!