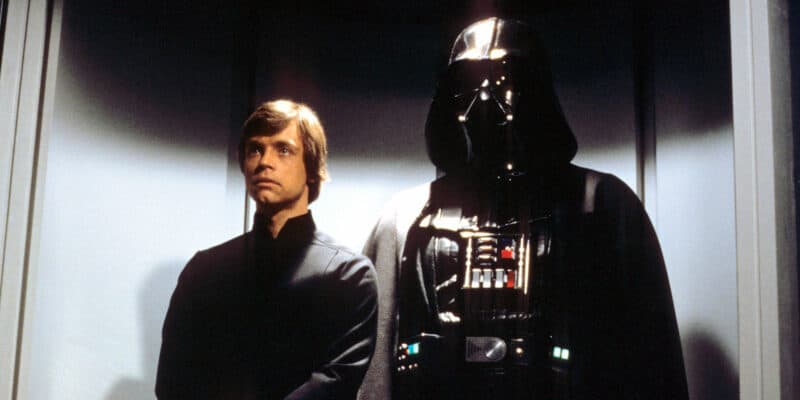 James Earl Jones is considered one of the most versatile actors and his legacy has now led to the 90-year-old actor getting his own theater.

Most fans would know about Jones for his voice acting in the Star Wars universe as the Dark Lord of the Sith. Despite Vader appearing in Obi-Wan Kenobi, Jones’ voice wasn’t used for the series as the show used voice replicator software.

The last Star Wars movie Jones helped with would be Rogue One (2016) which gave fans some much-needed scenes with the Sith Lord. Now, Vader is not only a staple of pop culture, but one of the most legendary characters to ever exist thanks to the costume design and of course, Vader’s menacing voice.

Formerly known as the Cort theater, the Shubert Organization decided that they should rename the theater after the legendary actor. The ceremony took place a few days with James Earl Jones getting an early tour since he couldn’t make it to the dedication ceremony.

The new theater released a video celebrating the event with Jones as he was excited to see the 110-year-old building dedicated in his honor. Here’s the Tiktok video for those who want to see it:

The Cort Theatre is officially the JAMES EARL JONES THEATRE!!!

Kenny Leon shared he couldn’t think of another American artist who deserved this honor when talking to the Associated Press:

“It means everything. You can’t think of an artist that has served America more.”

Jones has spent many years acting in theater, movies, and even on television. His acting career is not only prolific but very memorable as he is considered to be very influential to other African American actors. Now, fans can celebrate that Jones’ legacy will live on with his very own theater which is not something every great actor is blessed to have.

Do you plan to visit the James Earl Jones theater soon?