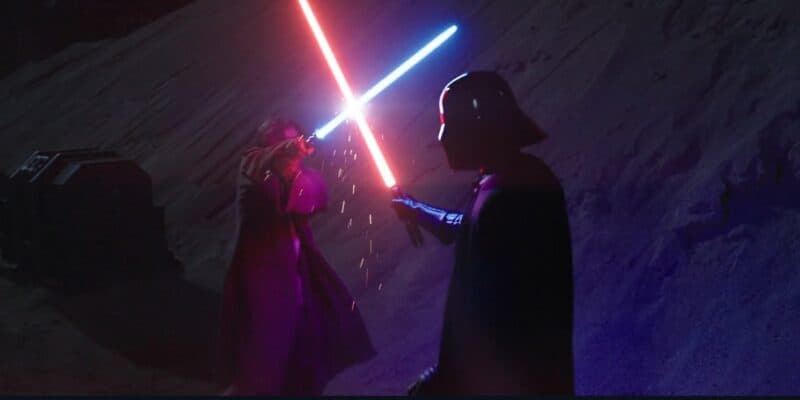 At the beginning of Rebels Season 2, Vader talks to the Emperor after learning that Ahsoka Tano is alive. This small conversation in Season 2 Episode 2 leads to Vader sharing how Tano might know the whereabouts of Kenobi. Palpatine counters by saying if the old Jedi Master is even alive.

If you haven’t seen the scene in a while, here’s a YouTube video of the scene:

Lucasfilm has now admitted that they are open to making a second season for Obi-Wan Kenobi, but it’s likely they won’t include Vader since the series will have to make sure not to break Star Wars canon. Fans have argued that the Dark Lord of the Sith shouldn’t meet Obi-Wan again and Rebels help support the idea that Vader never got to see his master again after their last duel.

If Vader did meet Kenobi again, the two would surely fight again with Kenobi probably winning to make sure the lines in A New Hope stay true. On top of this, Vader can’t believe that Kenobi dies because he is still trying to find his Master and believes Ahsoka might lead him to his old Master.

This doesn’t mean that a second season couldn’t give fans Clone Wars flashbacks as Obi-Wan could remember some moments with Anakin as he continues his training with Qui-Gon. This would allow Hayden Christensen to return without having to play Vader in the series.

While fans don’t know if Ewan McGregor will return for a second season, Kenobi does have other enemies that he could fight in a second season. Maul believes in Rebels that the Jedi is dead and didn’t explain why meaning that perhaps Maul could be the perfect villain for Kenobi Season 2 instead of Darth Vader