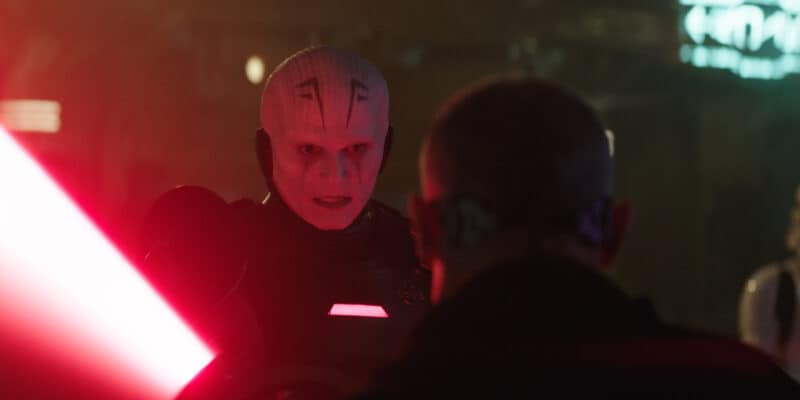 Rupert Friend has now admitted that he hasn’t seen any of Star Wars Rebels before he began filming for Obi-Wan Kenobi.

The Grand Inquisitor will be having his first live-action debut in Star Wars in Kenobi and fans are excited to see more of the fan-favorite villain. Beforehand, the villain had only been in the first season of Star Wars Rebels and a few times in the Darth Vader comics run by Charles Soule.

Since the Inquisitors are adept Jedi hunters, it makes sense that their live-action debut would be in Obi-Wan Kenobi. While the Inquisitors are dangerous, they aren’t always powerful so it shouldn’t be a surprise if Kenobi bests the dark side wielders in combat. Since they aren’t the strongest force wielders, they will definitely inform Darth Vader that a Jedi Master is getting away from the Empire.

This will be why Darth Vader will enter the series, but surprisingly enough, Rupert Friend didn’t do any research beforehand. The actor confessed to Entertainment Weekly that this was his way of “honoring the character” as he wanted to give a “fresh” look at the villain:

While many fans wanted Jason Isaacs to be the Grand Inquisitor, it’s still shocking that the actor deliberately tried to not watch any source material for his role. Star Wars may be an expanding story with several new characters introduced all the time, but the fanbase is fiercely loyal to what has already been established.

Some fans still have hope for the series as Dave Filoni rarely disappoints, but even Kevin Feige has faltered with the MCU, so it’s possible that Lucasfilm will fail to bring the proper interpretation of the Grand Inquisitor. It would be awesome if Friend nails it as the villain, but fans will have to wait and see in under a week when Obi-Wan Kenobi debuts on May 27.