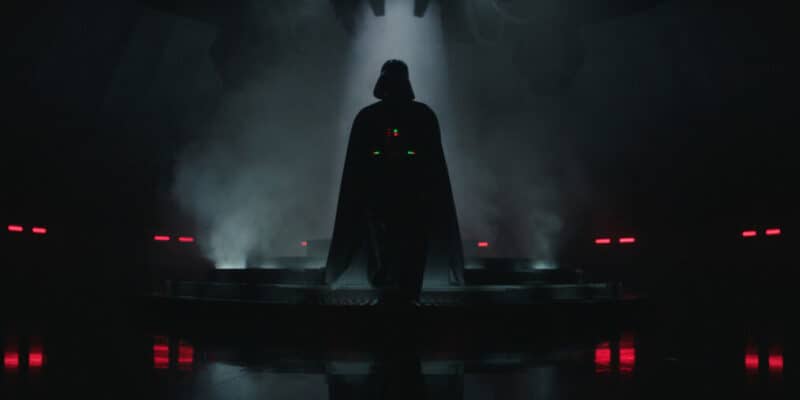 New reports claim that fans haven’t seen the last of Darth Vader as he will reportedly be in a new Star Wars series.

Fans have enjoyed seeing Darth Vader in Obi-Wan Kenobi as he was able to show just how brutal he is while on the hunt for his old master. Hayden Christensen has returned to play the Dark Lord of the Sith — in a limited fashion as he isn’t doing most of the stunts — which has Star Wars fans excited to see more of the iconic duo together.

While Darth Vader was great to watch in the third episode, fans know that he will play a large role in the next few episodes of the series, but this won’t be the last time fans get to see the Dark Lord of the Sith. New reports claim that the team that worked on using James Earl Jones’ voice will be returning to work on a new Star Wars series.

Making Star Wars claims that their sources report that the team will be working on Rosario Dawson’s Ahsoka meaning that fans might get to see Vader and Ahsoka once more. MSW makes it clear that the whole team is back as Hayden Christensen is already reported to have a role in the series:

“I have not been able to link it to the Ahsoka production 100% but all signs point towards a suited Darth Vader, using the same performers from Obi-Wan Kenobi, being voiced by James Earl Jones in Star Wars: Ahsoka. After hearing James Earl Jones would be back to voice Vader (via AI?), I then had it confirmed Tom O’Connel will be doing the lightsaber work for Vader. So in essence, team Darth Vader is back, down to Hayden Christensen as Darth Vader.”

This is very exciting as fans obviously want to see more of Darth Vader and it’s very possible that Filoni will be recreating the duel between Vader and Ahsoka on Malachor in the series. If this does happen, fans will lose their minds as the fight was considered to be one of the best in Star Wars.

Most of the details about Ahsoka are that the series will basically be the live-action sequel to Star Wars: Rebels as Hera, Chopper, Ezra, and Sabine will be in the series with several teases to Grand Admiral Thrawn joining the cast. This will also be Filoni’s first time being a full-time director and writer for a series and fans are excited to see what he will do.