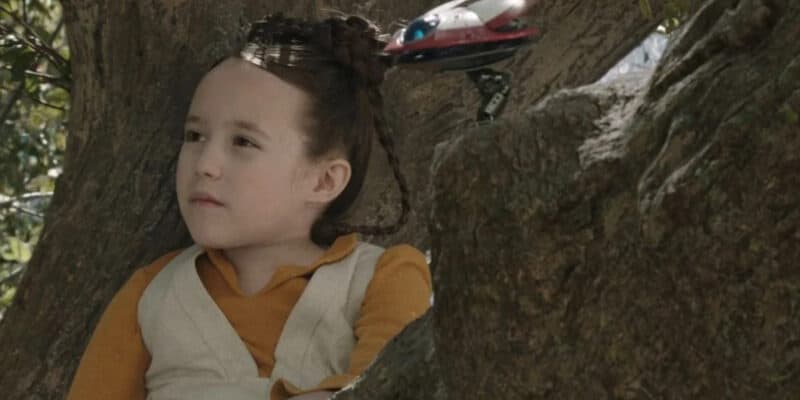 One of the worst scenes in Obi-Wan Kenobi may have allowed for fan-favorite characters to appear in future Star Wars projects.

When Obi-Wan Kenobi Episode 1 had Young Leia (played by Vivien Lyra Blair) being chased by mercenaries, fans were not happy with the chase scene. Somehow small branches and shrubs prevented the mercenaries from getting to Leia very quickly and she wasn’t running that fast.

While the scene wasn’t easy to watch due to the awful action, Star Wars did show fans a first look at a certain alien species that could have a major role in future projects. The show has one of the mercenaries being a Falleen which is the same species as an iconic villain, Prince Xizor:

Did you know? One of the mercenaries who kidnaps Leia in #ObiWan is a Falleen, the species introduced in Shadows of the Empire with Prince Xizor

Did you know? One of the mercenaries who kidnaps Leia in #ObiWan is a Falleen, the species introduced in Shadows of the Empire with Prince Xizor pic.twitter.com/dtgUcRCSD3

Prince Xizor was at one point the leader of the Black Sun crime syndicate and was actually just brought back into canon not that long ago in Crimson Regin #1. In Legends, the prince actually helped fund the construction of the second Death Star, tried to have Luke Skywalker killed, took over Cloud City, and convinced the Emperor to allow the second Death Star plans be stolen by the rebellion.

Obviously, Xizor had his hand in a lot of bad things, and he was a big threat to the Empire, other syndicates, and the Rebellion. With the mercenary in Kenobi being a Falleen, it’s possible that Star Wars may be testing the waters before introducing the Black Sun in live-action.

One great place to introduce the syndicate in live-action would be in The Book of Boba Fett Season 2 if the series ever gets a second season. With the Pykes being the villains for the first season, it would be cool to see another syndicate have problems with Boba and Xizor would be a great villain. He had a lot of mutual trust from the Hutts and would make sense to get the Hutt’s blessing to reclaim Tatooine.

So far, the Black Sun has only been mentioned a few times in the recent crossover series, War of the Bounty Hunters and Crimson Reign. Jon Kasdan did say the other day that he believes Emilia Clarke’s Qi’Ra could be returning to live-action so it is possible that fans will also see Xizor in that project. It’s a great time to be a Star Wars fan with all of the new projects and series coming to Disney+ very soon.

If Star Wars does go on and bring Prince Xizor into live-action there’s a lot of possibility many other fan-favorite characters will follow. Dash Rendar is one character that ended up fighting the syndicate a few times in Shadows of the Empire. Rendar was very similar to Han Solo because he was a smuggler and also from Corellia. Due to their similarities, the two of them were rivals, but that didn’t stop Rendar from helping the Rebellion here and there in Legends.

Fans would love to see more characters from Legends appear in canon once again and Prince Xizor and and his syndicate could open up a lot of possibilities. Due to their syndicate being feared and respected, the Black Sun could make an excellent villain to Temuera Morrison‘s Boba Fett or even be a villain for other characters as well. It would also help fans see more of the criminal underworld in Star Wars which is something fans keep on wanting to see more of.