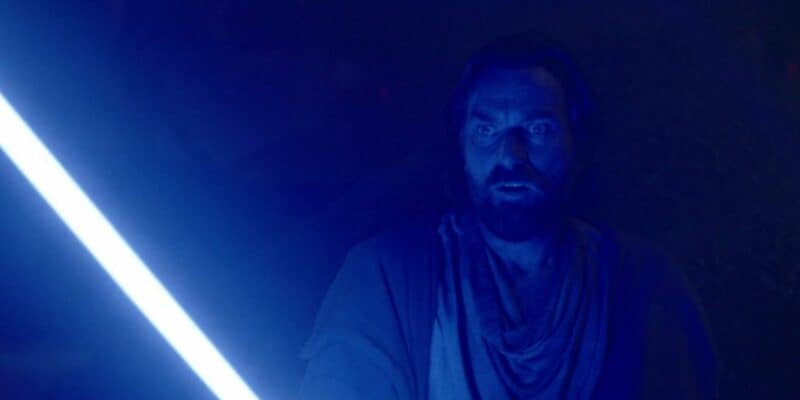 After seeing the Grand Inquisitor (Rupert Friend) get stabbed by Moses Ingram’s Reva/Third Sister in Episode 2, fans were shocked.

A few minutes later, the Inquisitor reveals to Obi-Wan that Anakin Skywalker is alive and that he is Darth Vader. While Kenobi knew these details, fans were also stunned that the Third Sister knew this and was still alive.

Episode 3 helped confirm what Reva was after which is the title of Grand Inquisitor and Vader will grant her what she desires if Kenobi is captured. While fans thought that Reva had killed the Grand Inquisitor, the recent Episode didn’t make it seem like this is the case.

This is great because fans were concerned that the series would throw aside Star Wars Rebels and that the show wouldn’t be canon since the Grand Inquisitor is the main villain for Season 1. Now that Vader is on the hunt for Kenobi, it seems that the series will have to decide what to do with Reva.

If Star Wars doesn’t want to create a massive continuity error, it seems that the Third Sister will have to die. The reason why this has to happen is that Reva isn’t mentioned by any other Inquisitors later on in Star Wars and that she knows who Vader is.

In Star Wars canon, only two people have lived with knowing this secret about Vader. Grand Moff Tarkin and Grand Admiral Thrawn. These two villains have their reasons as to why they get to live, but Reva can’t live once Vader learns what she knows.

Most likely what will happen is Reva will catch Kenobi and bring him to Vader. The Sith Lord will call her the Grand Inquisitor in private and she will slip and say, Anakin instead of Vader. This moment will be her death sentence as Vader will kill her in an instant.

For Vader, it doesn’t matter if you are a rebel or work for the Empire, he will destroy you if you anger him. If Star Wars decides to keep Reva alive as the Grand Inquisitor, then this will obviously conflict with the Grand Inquisitor in Rebels and it will make upset fans if Vader doesn’t kill Reva for knowing he was once Anakin Skywalker.

One thing Star Wars has done a fantastic job with is making sure Vader is always ruthless and intimidating. In the comics, books, and movies, Darth Vader is never someone you would consider weak. He is ruthless and brutal. Thankfully, Kenobi continues forward by showing how cold-hearted he is as Vader terrorizes and kills citizens in order to draw Obi-Wan out of hiding.

If Vader doesn’t kill Reva, it would be hard to see this portrayal of the villain as a great example because it would be foolish for him not to do so now when he has had no problem killing Inquisitors in the past when he wanted to.

Do you think Reva will die in Obi-Wan Kenobi?