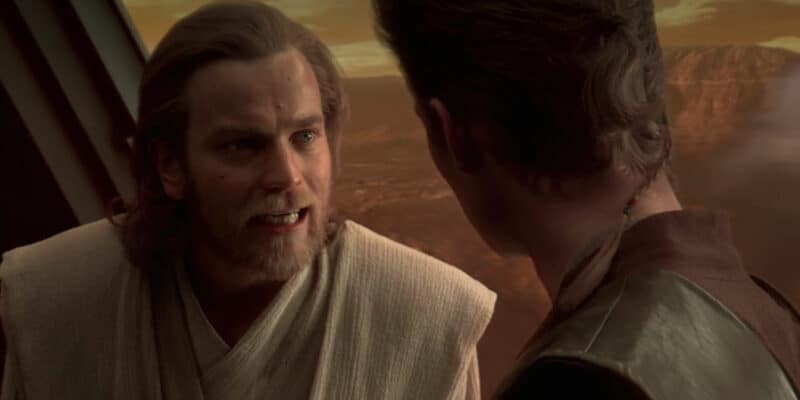 While fans may still be recovering from seeing Darth Vader’s brutality in the last episode, Obi-Wan Kenobi did set the stage for a crazy Clone Wars flashback.

Ewan McGregor’s Obi-Wan definitely took a beating when he faced Vader. After seeing his apprentice alive and murdering innocents, it’s not really surprising that Kenobi failed to beat Vader. While Vader has been killing any Jedi, Kenobi has been in hiding and hasn’t used the force very often.

Now, Kenobi got to suffer like Anakin on Mustafar as Vader ignited the floor with his lightsaber and used the force to have Kenobi burn alive. This brutal moment was stopped by Tala Darith (Indira Varma) coming to the rescue and the episode ends with her taking the Jedi Master to a planet called Jabiim.

With Kenobi recovering from his wounds, Star Wars could have the Jedi Master experience some flashbacks next episodes and if he ends up on Jabiim, Kenobi could show a battle both Anakin and Kenobi fought in on that planet.

The Battle of Jabiim is a brutal fight early in the Clone Wars where many Jedi perished. This massive battle lasted for a long time and the whole campaign lasted several weeks before coming to an end. One notable thing in the Battle of Jabiim is that the Republic tested out their new vehicles, the All Terrain Armored Transports (AT-ATs) on Jabiim so it would be amazing to see AT-ATs in live-action during the Clone Wars.

If Jabiim doesn’t get the spotlight, there still feels like Obi-Wan will have more flashbacks with Anakin after seeing his fallen apprentice on Mapuzo for a brief moment. Hayden Christensen did make it clear that he was playing Vader and Anakin so it would be expected that Anakin would have some screentime so a Clone Wars flashback feels inevitable.

If Lucasfilm decides to show scenes from the Clone Wars, fans will lose their minds over it. The animated series is a beloved series for many fans so it would make sense for Star Wars to show more of that time period. It wouldn’t be fan service either as it would fit with Kenobi’s story remembering the good times he had with Anakin before the end of the Clone Wars when everything changed.