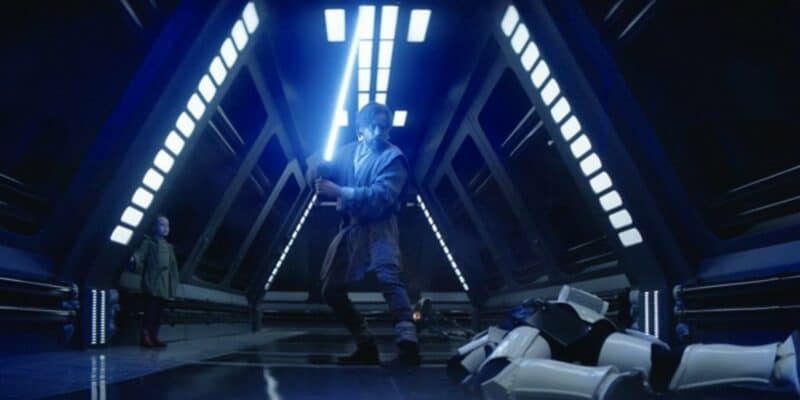 Ewan McGregor makes it clear that he hopes his new Disney+ series gets a second season and that the actor can reprise his role as Obi-Wan Kenobi.

Fans have had a mixed reaction toward Obi-Wan Kenobi. Some fans really enjoyed the series and how it brought Obi-Wan and Vader together for a rematch. Others would argue that the series broke canon and ruined the iconic moment where Kenobi and Vader reunite in Star Wars: Episode IV — A New Hope (1977).

Kenobi did leave the door open for the series to continue with a second season. McGregor makes it clear that he hopes to return. Disney has also changed some of its marketing to leave the possibility for a second season after no longer calling the project a limited series.

McGregor shared in a recent interview that even though there are “no plans” for a second season, the actor believes Lucasfilm and Disney are waiting for the right moment to renew the series for another season:

McGregor: “I’m totally up for it, guys. I want to do it.
Moderator: “So what you’re saying is that there’s nothing known or being planned at all?”
McGregor: “I’m absolutely honest, there’s no plans made yet. But I think, I’m pretty sure they’re just biding their time. But nobody has approached me as of yet.”

In the beginning, Obi-Wan Kenobi was supposed to be a movie trilogy, and the project was eventually changed into a Disney+ series. The first season’s script was based on the first movie’s original script, so that a second season might explore some of the ideas discussed for the second movie, but it’s hard to say.

If a second season happens, Star Wars might end up bringing Vader back for another duel which will inevitably anger more fans due to fans worrying that Star Wars will change canon to get more viewers. Disney may also not want to revisit the iconic Jedi Master for some time or never again.

If Kenobi Season 2 has a bigger budget, fans will be relieved, as one of the complaints about the first season was how the series felt cheap at certain points and less polished than Diego Luna’s Andor. Unlike Obi-Wan Kenobi, Andor will have 12 episodes and use practical sets and locations for filming, giving the series a higher quality feel.

Fans hope that Kenobi will do the same, and it could lead to Kenobi and Maul facing each other off as Kenobi’s old rival could be one of the antagonists for the series without ruining the iconic duel in Star Wars Rebels.

Do you think Disney is waiting to announce the second season of Obi-Wan Kenobi?