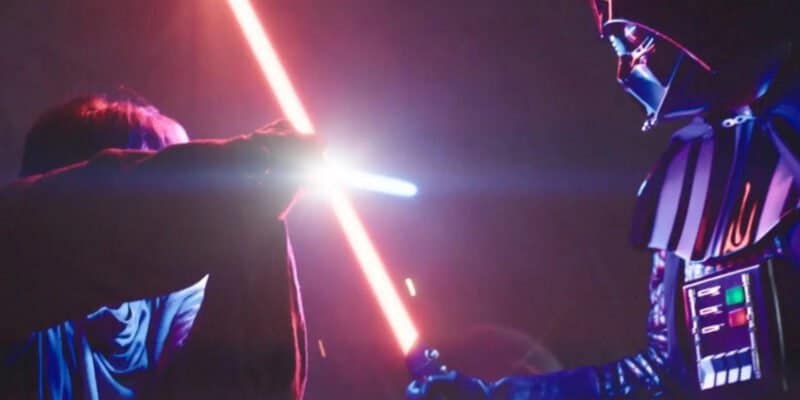 It came and it went in the flash of five weeks, but conversations are still being had over the highly-anticipated return of Ewan McGregor and Hayden Christensen as Jedi Master Obi-Wan Kenobi and his former Padawan, and new Sith Lord, Anakin Skywalker AKA Darth Vader.

While the series glowed in viewership, criticisms were had over its pacing and plot; now, one creative fan has turned the six-episode series into a two-hour-and-30-minute movie.

With help from the sprawling ensemble cast led by McGregor and Christensen, the series saw record viewership, outperforming “Mando-Verse” shows such as The Mandalorian and The Book of Boba Fett. Despite audiences returning week after week to follow Obi-Wan’s quest to save Leia Organa and watch over Luke Skywalker and his Uncle Owen and Aunt Beru, like many Star Wars projects, the series drew criticism for its pacing and plot.

Let’s not forget that Lucasfilm’s Obi-Wan Kenobi project was initially intended for the big screen with Hossein Amini writing the screenplay and Stephen Daldry directing. However, due to the commercial failure of Solo: A Star Wars Story (2018), which became marred with constant production issues, the project was reworked as a limited series. After Amini and Daldry were cast out, Chow and Harold took over Obi-Wan Kenobi’s return to the Star Wars galaxy with McGregor, Lucasfilm Presiden Kathleen Kennedy, and Michelle Rejwan producing.

Now, after some theaters decided to show Obi-Wan Kenobi in movie theaters, and the series now over, one fan has taken it upon themselves to create a feature film-length two-hour supercut of the limited event TV show.

Kai Patterson of Kai Patterson Films revealed on TikTok that they had created a two-hour-and-30-minute movie out of all six episodes of the series. While they used the original footage, the creator did precede the film with a disclaimer, stating that support should be shown for the creators and fans should only view it if they had an active Disney+ subscription.

“The ‘Obi-Wan’ show, in my opinion, suffered from things that were easily fixable in the script and in the edit […] Awkward pacing, whole scenes that ultimately amounted to nothing, goofy dialogue and directing choices, so I decided to take matters into my own hands and change what I could. I want to be very clear, this is my own artistic interpretation of how these scenes could be strung together to make something that works better for me personally.”

The announcement on social media, which includes side-by-side footage of his edits has racked up over 1.2 million views. Patterson states they are not making any money from the project and stressed the Obi-Wan Kenobi movie is his “own artistic interpretation”. The creator even went so far as to cut Darth Vader’s lines, voiced by James Earl Jones, from the original trilogy in order to piece together new dialogue for the series.

While Star Wars continues to pour energy into its small screen slate, it would be interesting to see how Lucasfilm makes its return to the silver screen. With Patty Jenkins’ Star Wars: Rogue Squadron delayed, and Taika Waititi’s potential December 2023 movie not filming this year, it could be a while until Star Wars fans return to movie theaters for a new galactic adventure.

What do you think of this Obi-Wan Kenobi movie? Let us know in the comments down below!