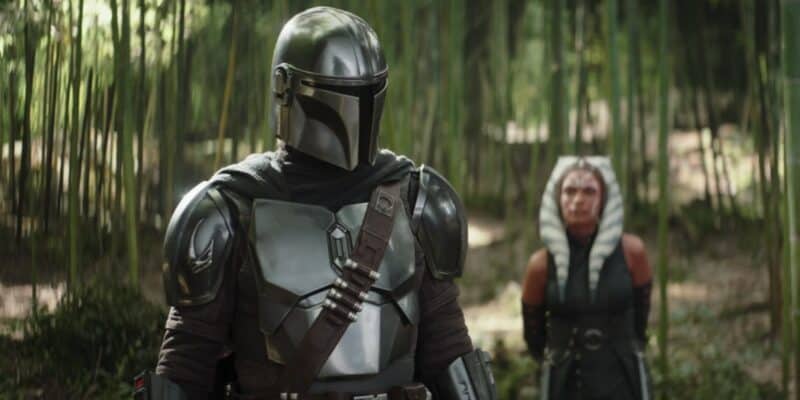 For the most part, Star Wars doesn’t interfere with Marvel news often. Rosario Dawson has had the lucky chance to be involved in both Star Wars and a role in several of Netflix’s Marvel shows. Now that some of the Netflix characters like Charlie Cox’s Daredevil have entered the MCU, fans are eager to know if Marvel plans to bring other Netflix Marvel projects into the MCU.

Fans got to see a lot of popular actors at the Chicago Comic & Entertainment Expo last week, which led to a slew of different topics being brought. Giancarlo Esposito has admitted that he has been in touch with Marvel Studios to be in the MCU. Dawson shared her excitement to see Jon Bernthal return as the Punisher in a solo series.

Dawson shared the news at the expo, believing that the news had already dropped. Fans thought the actress had some insider knowledge and was confirming the project for Marvel Studios by accident. Sadly, Dawson got her information from fans and clarified online that she had messed up:

Rosario Dawson clarifies her recent comments about The Punisher returning to the MCU:

Dawson has been very busy with the Star Wars universe as she is playing one of the most iconic characters — Ahsoka Tano — who will be getting her series. Dave Filoni is working hard to get the series fully ready for Disney+ and is projected to debut in 2023, meaning that fans won’t have to wait a long time to finally see what is happening with Grand Admiral Thrawn and Ezra Bridger.

Ahsoka might have a lot of stories left to tell as the character has become one of the most popular characters in Star Wars. As a strong female force-wielder who Anakin Skywalker trained, it makes sense that so many people love Ahsoka and fans are excited to see what will happen to the character.

It is a shame that Dawson didn’t check the information she was told at the expo before going on the stage, as it was sad to learn that Jon Bernthal’s Punisher wasn’t arriving soon. This doesn’t mean that Marvel won’t bring Bernthal back to play the Punisher, as D23 might be where Marvel fans will learn that the Punisher will be getting his own TV-MA series on Disney+.

Do you think Jon Bernthal will return as the Punisher for the MCU?