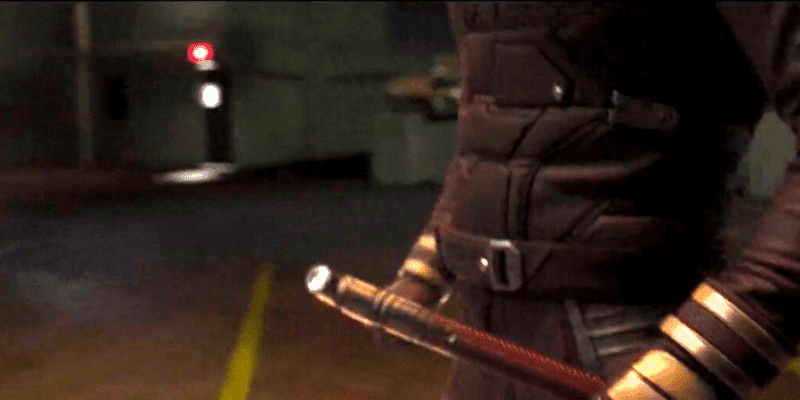 After Spider-Man: No Way Home (2021), fans were happy to see Charlie Cox come back as Matt Murdock and be everyone’s favorite lawyer, but that didn’t stop fans from wondering if Daredevil would get a new suit.

Season 3 of the Netflix Daredevil series even had Matt Murdock start to despise what his iconic red suit represented to the people in Hell’s Kitchen so a new look felt inevitable. Rumors of Daredevil appearing in She-Hulk have been around for several months, but people thought Marvel wouldn’t show Matt Murdock’s abilities as a super hero just yet.

Tatiana Maslany’s Jennifer Walters is a lawyer, so it made sense for Matt Murdock to appear but not for Daredevil to team up with She-Hulk. While the official trailer did finally tease Daredevil’s new suit, it left fans to wonder what his helmet would look like.

A new teaser for the series finally showed fans that Daredevil will have a yellow mask, as seen below:

In case you didn’t get a good look at Daredevil’s new look, here’s a still of the new costume:

Daredevil’s new look is a callback to the super hero’s earliest days in the comics. Back then, Murdock wore a red and yellow suit before going to the all-red look. While Murdock’s time in the MCU is just starting, fans probably shouldn’t expect the super hero to keep the yellow and red/black suit.

Daredevil will likely return to his iconic red suit, but it will take some time to do so. Cox has already been reported to appear in Echo before getting his series in 2024 called Daredevil: Born Again.

Over the next few years, Daredevil will likely continue to change his look as it seems unlikely he will keep the yellow and red suit due to how odd it looks. Sure, the suit worked back in 1964 with Daredevil #1, but fans won’t be loving the new look if it stays permanent.

Do you agree that Daredevil’s costume will change in Echo or Daredevil: Born Again?