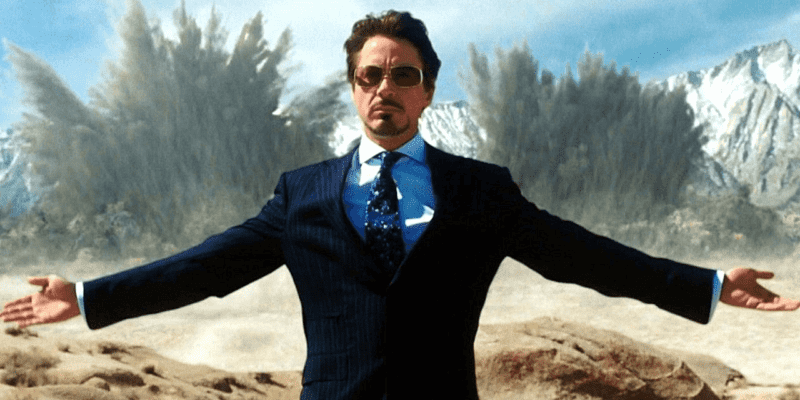 The Marvel Cinematic Universe is the franchise that cannot be stopped. Not that the DC Cinematic Universe is putting up much of a fight as it self-destructs. And while many Marvel fans have criticized Marvel movies like Iron Man (2008) and Captain Marvel (2018) for being military propaganda, the United States Air Force is looking to Marvel Studios for support.

Marvel Studios and Disney have a long history of collaborating with the United States government in exchange for military equipment, location access, and consultation. Approximately a quarter of the MCU’s movies have been through the Department of Defense’s approval process, which includes some surprises like WandaVision, which briefly showed of the Pentagon and features FBI Agent Jimmy Woo (Randall Park).

Major Frank Martinez recently wrote an essay for Æther, the Air Force’s professional journal, called “Reaching a New Audience: Strengthening the US Air Force through the Marvel Cinematic Universe.” In his essay, Martinez argues that the United States Air Force has not utilized its relationship with Marvel Studios to its full advantage. He said:

“The US Air Force has a long history of assisting Hollywood films, starting with the Academy Award-winning classic Wings in 1927. The fruitful relationship between the service and the film industry continues even today, but the Air Force has not taken full advantage of the incredibly impactful current cinematic environment. Modern films within the Marvel Cinematic Universe have proven to be impressive mediums for the service to garner favorable public opinion.

While the US Air Force has provided support to many Marvel films, it must further capitalize on a favorable US film industry environment by providing direct funding, support, and experience to movies that prominently feature Air Force characters. The service needs to increase the diversity of its recruiting, and films provide a far-reaching and powerful medium to show disparate parts of society the breadth of opportunities available in the Air Force.”

Every branch of the military is struggling to make its 2022 recruiting goals, according to reports. And on top of low recruitment numbers, the Air Force is also striving to bring more women and people of color into its ranks in order to build a diverse workforce. And Martinez has noticed that the increased diversity in Marvel’s Phase Four could work to their advantage, saying:

“Research on demographic data on the viewers of MCU films showed “high rates of viewership mean that both men and women of color account for a bigger portion of the MCU audience than the population in general.” Consequently, Marvel films are effective vehicles for reaching underrepresented groups because they continually draw diverse audiences regardless of the movie.”

Characters like Sam Wilson and Shang-Chi (Simu Liu) could bring untapped pools of recruitment to the military. Especially when Captain America: New World Order hits theaters in May 2024.

Does this propaganda work?

While Martinez heralds some of the ways that the Marvel Universe has represented the military – much to the chagrin of some fans – he is also overlooking some of the ways the MCU has critiqued the military. Veteran Joshua M. Patton wrote his own essay for Comic Years last year called “If Marvel Movies Are Military, They Are Very Bad At It.” He said:

“In the MCU films, the military is presented on of two ways. Either they are openly antagonists, or they are so ineffective that are essentially useless. In fact the premier episode of ‘The Falcon and the Winter Soldier’ on, the military seems poised to again become the former.”

Patton also points out how Captain Marvel took the time to point out the sexism in the USAF. However, Martinez cited the so-called “Captain Marvel” Effect as proof that even if a Marvel movie is critical of the military, it results in a boost in recruitment, as after Captain Marvel became the first female superhero in the MCU with a solo film the Air Force Academy say the most female applicants in 5 years.

Even new shows like Ms. Marvel starring newcomer Iman Vellani as Kamala Khan/Ms. Marvel is critical of the US Government, with the Department of Damage Control stranding in for the FBI to mirror the real-world harassment of Muslims in the United States.

But let us know what you think – could Marvel movies result in higher recruitment numbers for the United States Military?