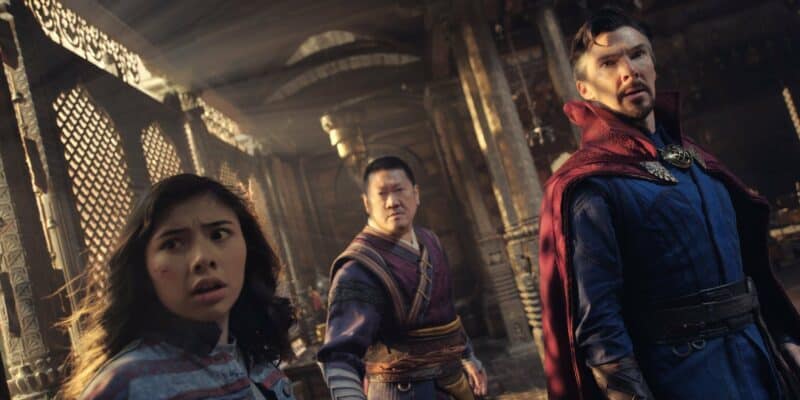 For well over a decade — since Robert Downey, Jr. debuted as Tony Stark in Iron Man (2008) — Kevin Feige’s Marvel Cinematic Universe has reigned supreme at the box office.

Now, however, it seems that Marvel Studios, Disney’s most profitable movie house, might “be hitting a bit of a slump.” A recent Wall Street Journal report, for example, pointed out that Feige’s latest super hero films — while still incredibly popular — have lost hundreds of millions of dollars recently when compared to their earlier predecessors.

Since Disney acquired Marvel in 2009, the studio has produced 25 superhero films that have grossed a total $25 billion worldwide, making it one of the highest-earning film studios in Hollywood history. Among them are Marvel’s 2019 “Avengers: Endgame,” the highest-grossing movie of all time with $2.8 billion at the global box office; “Avengers: Infinity War,” which grossed $2 billion, and eight more that topped $1 billion each.

But since the beginning of 2021, the average global box-office gross of the six films produced by Marvel has fallen to $773.6 million—roughly half the $1.5 billion average of the previous six films.

Now, movie fans themselves have spoken via a new Morning Consult poll and they’ve admitted they are growing tired of the super hero genre. An article about “super hero fatigue” shares details about the consumer insights company’s findings:

The survey breaks out Marvel fans, 82% of which said they still enjoy superhero movies in July — compared to 87% that said they enjoyed them in November.

Since the November survey was conducted, three Marvel Cinematic Universe movies have been released — “Spider-Man: No Way Home,” “Doctor Strange in the Multiverse of Madness,” and “Thor: Love and Thunder” — on top of the Sony Marvel movie “Morbius,” as well as DC and Warner Bros.’ “The Batman.”

31% of Marvel fans said they’re “getting a little tired of so many” superhero movies in July, a 2% increase from November’s results.

59% of adults overall said they enjoy superhero movies in the July survey, compared to 64% in November.

While these numbers might not seem to be significantly lower at first glance, a 5% drop is actually huge in the world of consumer insights.

With Marvel Studios’ Phase 5 and Phase 6 looming — and dozens of movies and Disney+ Original series coming down the pipeline in the near future — the fact that even Marvel fans seem to be growing somewhat bored of the same old thing could pose a problem for Disney’s most profitable studio.

That said, however, there are few companies on Earth that have their fingers on the pulse of popular culture like The Walt Disney Company, so it is a certainty that Kevin Feige and his talented team of directors and producers are already thinking about what they can do next to draw fans back in for both upcoming MCU phases, which are set to feature projects like Avengers: The Kang Dynasty and Avengers: Secret Wars.

What do you think about Marvel movie fans’ losing interest in the super hero genre?