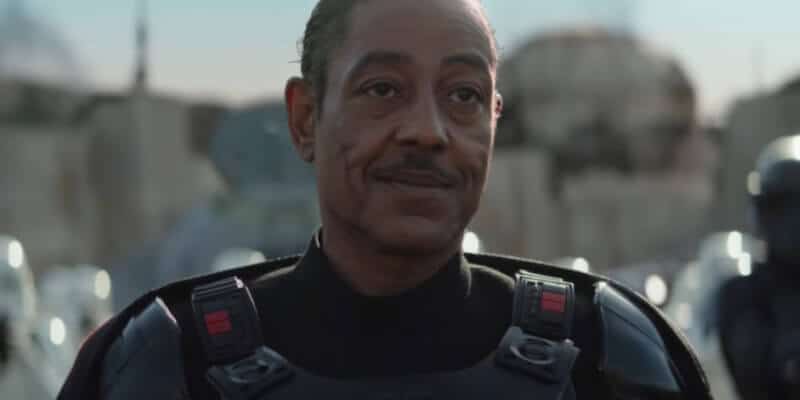 In a fictional world of infinite possibilities, the Marvel Cinematic Multiverse can pretty much tap any actor for any role. With the Multiverse Saga confirmed and lasting until the release of Avengers: Secret Wars (2025), the arrival of Marvel properties like the Fantastic Four and the mutant squad, the X-Men are highly-anticipated.

Recently, one prominent television actor has thrown his name in the ring for the coveted role of Professor Charles Xavier AKA Professor X, and it could mean the end for Sir Patrick Stewart who has played the X-Men leader for the last two decades.

When Sam Raimi’s Doctor Strange in the Multiverse of Madness (2022) debuted earlier this year, it established and clarified rules about the Multiverse that were introduced way back in early 2021 with Kate Herron and Michael Waldron’s Loki. After America Chavez (Xochitl Gomez) reveals she can travel through infinite realms, she transports herself and Doctor Strange (Benedict Cumberbatch) to Earth-838 — an alternate reality with its own… well, everything.

One part of this universe that is seemingly absent from the MCU’s Earth-616 is the Illuminati. Consisting of Baron Karl Mordo (Chiwetel Ejiofor), Black Bolt (Anson Mount), Captain Carter (Hayley Atwell), Captain Marvel (Lashana Lynch), Reed Richards (John Krasinski), and Professor X (Patrick Stewart), the Illuminati played a pivotal part of the Doctor Strange sequel, introducing audiences to elements like Incursions — something that is likely to grow in prominence the deeper into Marvel Phase Four, Phase Five, and Phase Six we go.

Despite knowing Stewart was part of Raimi’s Marvel movie, his appearance as the classic X-Men leader and gifted superhero, Professor X was a bright moment in the Multiverse-ridden sequel. Stewart made his first outing as Professor Charles Xavier in director Bryan Singer’s X-Men (2000) alongside an A-list cast that included Hugh Jackman (Logan/Wolverine) and Sir Ian McKellan (Erik Lehnsherr/Magneto). He went on to star in X2 (2003), X-Men: The Last Stand (2006), X-Men: Days of Future Past (2014), and Logan (2017). James McAvoy played a young Charles Xavier in X-Men: First Class (2011), among others.

But despite his appearance in Doctor Strange in the Multiverse of Madness as an incarnation of the Charles Xavier fans will remember from the classic X-Men animated series, yellow wheelchair and all, the tenure of the actor in this current Marvel Comics-inspired franchise may soon be over.

Giancarlo Esposito gained international recognition for his role in AMC’s Breaking Bad as the menacing Gustavo Fring before going on to play the villain in The Walt Disney Company and Lucasfilm’s The Mandalorian and reprise his Breaking Bad role in Better Call Saul. With two seasons in the bag, Esposito’s Moff Gideon will appear in next year’s The Mandalorian Season 3, continuing his hunt for The Child — Grogu AKA “Baby Yoda”.

But, it seems the actor wants to jump his villain ship to play one of the most heroic characters of all time. Speaking at TJH Superhero Car Show & Comic Con in San Antonio, Texas, Esposito revealed some interesting information (via IGN):

“I have not worked for Marvel yet. I’ve been in the room with them and talked to them,” Esposito said, “I’m gonna go for something that’s a little bit different. I’m gonna go and put it out in the universe that [I’d like to play] Professor X.”

It’s not hard to see a big name like Esposito on the cards for such a beloved and respected character in the Marvel mythos, and while the internet has long since fan-casted the Star Wars actor as villains like Magneto and Doctor Doom, and it’s likely Esposito would play these roles excellently, the change of pace in playing a hero would be interesting.

Many times we have seen actors put themselves “out in the universe” and been picked up by Marvel, Simu Liu of Shang-Chi and the Legend of the Ten Rings (2021), and Iman Vellani of Ms. Marvel spring to mind.

Whatever happens with the X-Men in the MCU, Kevin Feige obviously has a plan. With Kamala Khan’s (Vellani) identity as a mutant revealed in the Ms. Marvel finale, the beloved group of Marvel comic book characters’ arrival could be imminent.

Would you like to see Giancarlo Esposito as Professor X? Let us know in the comments down below!