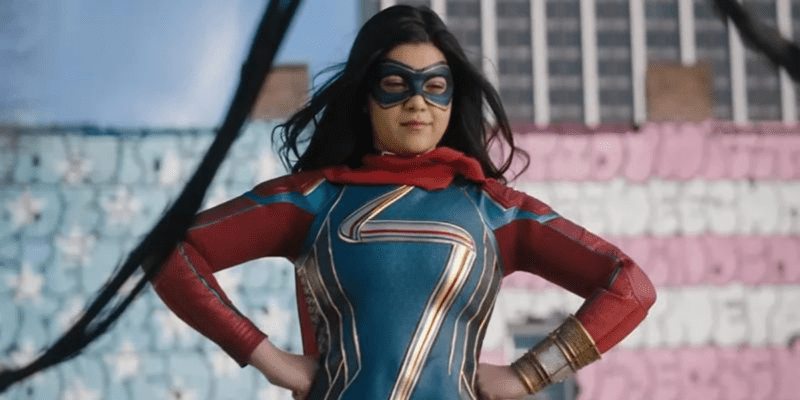 Ms. Marvel, starring newcomer Iman Vellani, is currently the highest-rated Marvel movie or television show. Kamala Khan’s powers have been controversial, between the decision to remove her Inhuman polymorphic abilities, suggesting she might be a Djinn and the last-minute reveal that Kamala Khan is actually a mutant. But just as Marvel fans are processing all of this, directors Adil El Arbi and Bilall Fallah have teased that there are still more changes to come for Ms. Marvel’s powers.

The Ms. Marvel series left Marvel fans with a major cliffhanger as Kamala Khan switched places with Carol Danvers/Captain Marvel (Brie Larson). The storyline will pick up in The Marvels on July 28, 2023. The Marvels director Nia DaCosta shot the jaw-dropping post-credit scene.

Fans knew Kamala would be getting a new look in her big screen debut, but now they can expect that she might be getting new powers to go with it. In an exclusive interview with The Direct’s Richard Nebens, Ms. Marvel directors Adil El Arbi and Bilall Fallah teased how Kamala Khan’s powers will grow and expand in future projects, saying:

El Arbi: “And I think, power-wise, we saw just the tip of the iceberg of Kamala Khan. I think there is so much more she can do, and on that front, I think there’s a big road for that, some more spectacular power.”

Fallah: “A great can of action sequences.”

The Ms. Marvel finale, “No Normal,” gave MCU fans the closest version of her Marvel Comics powers and her catchphrase “embiggen.” Kamala Khan used her great-grandmother Aisha’s (Mehwish Hayat) bangle to channel the Noor Dimension to envelope her body to grow her limbs as a reference to her size-changing abilities in the comics.

Comic book fans may have thought for a moment that she finally got her ability to shapeshift in the post-credit scene because Kamala morphed into Carol the first time she used her powers. But that really was a confused Captain Marvel in her biggest fan’s room at the end of Ms. Marvel after she finally stopped Damage Control.

Perhaps Fallah and Arbi are hinting that DaCosta will bring her shapeshifting powers to the Marvel Cinematic Universe – even though Kamala has sworn off using them in the comics. Another power not seen in the Marvel original series is her ability to shrink like Scott Lang/Ant-Man (Paul Rudd).

Now Marvel Studios has made Kamala Khan a mutant – like creator Sana Ali always wanted her to be. The X-Men often have secondary mutations, and sometimes they have little connection. For example, Emma Frost is a powerful telepath, but her second mutation is her diamond skin. So, who knows what they could make Ms. Marvel’s powers expand to in the future of the MCU.

Iman Vellani will return in The Marvels with Brie Larson and Teyonah Parris (Monica Rambeau from WandaVision).

What do you think Kamala Khan’s new mutant powers will be?