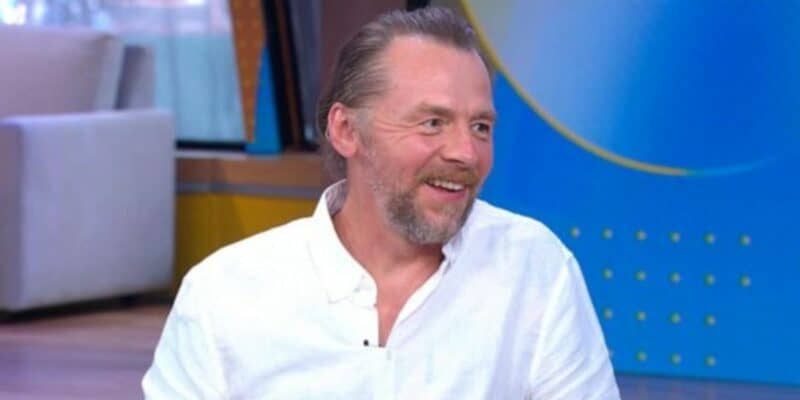 Simon Pegg may have plenty of franchise experience under his belt between Mission: Impossible, Ice Age, Star Trek, and Star Wars. However, the British actor recently said that joining the Marvel Cinematic Universe is not in his cards.

Every actor in the Marvel Cinematic Universe knows that becoming one of Earth’s Mightiest Heroes can launch their career on a whole new trajectory. For Phase Four newcomers like Simu Liu (Shang-Chi from Shang-Chi and the Legend of the Ten Rings) and Iman Vellani (Kamala Khan from Ms. Marvel), one Marvel movie is enough to turn them from unknowns to household names.

But it is not without sacrifice, as MCU alumni are quick to share. Scarlett Johansson (Natasha Romanoff/Black Widow) struggled to get paid for her solo film Black Widow (2021), which went directly to Disney+ during the height of the COVID-19 pandemic. And Doctor Strange in the Multiverse of Madness star Elizabeth Olsen (Wanda Maximoff/Scarlet Witch) has openly said she found her Marvel Studios’ contract restrictive.

And for the star of the Three Flavours Cornetto Trilogy (Shaun of the Dead, Hot Fuzz, World’s End), the costs seem to outweigh the benefits.

“I kind of want to do more sort of grown up stuff in the future. I think Mission Impossible is a very grown up franchise. I think it’s a franchise, which is aimed less at big kids than it is just big people, but I quite want to do some more drama.”

He added his thoughts about the Marvel movies specifically:

“I’m not in any rush to join the MCU or anything like that. I kind of feel like I kind of want to be a bit more free. You join those things and then you’re tied to them for years and that can be a little bit restrictive.”

One of his next projects will definitely be more “grown-up”. Simone Pegg has signed on to a dark comedy Nandor Fodor And The Talking Mongoose, with Minnie Driver from filmmaker Adam Sigal.

Marvel Studios recently changed how they structured their contracts to help attract more talent like Christian Bale (Gorr the God Butcher in Thor: Love and Thunder), who would rather sign on for a single project than a decade of films like Robert Downey Jr. (Tony Stark/Iron Man) and Chris Evans (Steve Rogers/Captain America) did. Emmy-nominated Oscar Isaac (Marc Spector/Steven Grant/Jake Lockley in Moon Knight) was the first to sign on to one of these contracts.

Marvel Studios president Kevin Feige is more willing to work with actors since the Marvel Universe is quickly running out of people to cast who have not already been in a Marvel movie. So now some actors like Chris Hemsworth (Thor) do not even know there are plans for them to return because it is not contractually obligated.

Simon Pegg has more experience with franchise films than some other Marvel actors. His breakout role as Shaun in Shaun of the Dead (2004) with Nick Frost and director Edgar Wright became an accidental franchise after the success of the zombie film.

The 52-year-old actor also played Montgomery Scott, AKA Scotty, in the Star Trek reboot from director J.J. Abrams which included Star Trek (2009), Star Trek Into Darkness (2013) with Benedict Cumberbatch, and Star Trek Beyond (2016). They are currently working on Star Trek 4, which is unnamed and set for theatrical release in 2023.

Comedian Simon Pegg has even done other superhero media outside of the Marvel Universe. He portrays Hughie Campbell in The Boys and Wee Hughie in The Boys Presents: Diabolical.

Simon Pegg almost joined the MCU when Edgar Wright was directing Ant-Man (2015), but he lost the role of Scott Lang to Paul Rudd. In 2018, he told Screen Rant he would love to play Brian Braddock/ Captain Britain, one of Marvel Comics’ biggest British superheroes. He was first introduced in Captain Britain #1 (1976) by Chris Claremont and Herb Trimpe.

But it seems the time has passed for actor Simon Pegg to become an Avengers.

Let us know in the comments if you think Simon Pegg is wrong to believe that the MCU is not a “grown-up franchise.”