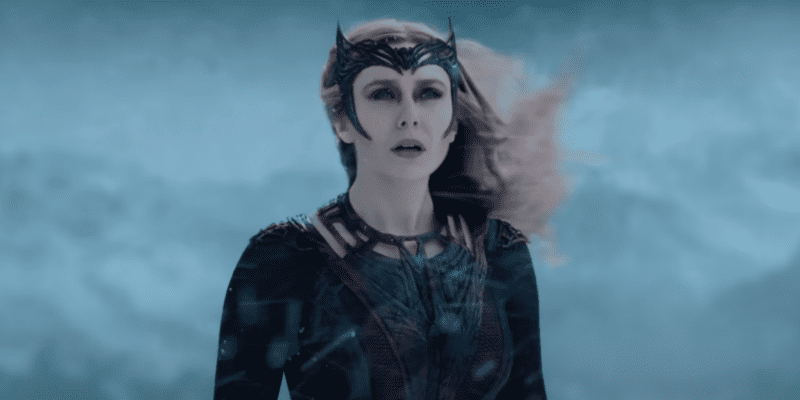 Elizabeth Olsen is celebrating the success of Doctor Strange in the Multiverse of Madness at the Box Office. This is even as fans are divided about how they feel over Marvel Studios’ first horror film. And with her future in the Marvel Cinematic Universe uncertain, her past experience with her contract could prevent her from returning to the MCU.

Wanda Maximoff has had a rough go since then. She lost her twin brother Pietro Maximoff/Quicksilver (Aaron-Taylor Johnson) in Ultron and inadvertently caused the titular Civil War of Captain America: Civil War (2016). She fell in love with the synthezoid Vision (Paul Bettany) only to lose him to Thanos (Josh Brolin) in Avengers: Infinity War (2018).

The resulting trauma led directly to the first Marvel Studios original series for Disney+ WandaVision and brought her up against the former Sorcerer Supreme Doctor Stephen Strange (Benedict Cumberbatch) in Multiverse of Madness. So, Marvel fans have wondered what could be in store for the strongest Avenger, and while Elizabeth Olsen has said she has some ideas for what could be next, a recent interview with The New York Times has thrown it into doubt if she will even return to the MCU after she had complaints about the contract she was on.

“I started to feel frustrated. I had this job security but I was losing these pieces that I felt were more part of my being. And the further I got away from that, the less I became considered for it.”

Olsen was up for a role in Yorgos Lanthimos’ The Lobster back in 2015 and said losing the part was a “heartbreak.” She added, “I was in a contract I could not get out of. So that didn’t work out.”

Marvel Studios has changed the contracts it used for its actors. And this could work to keep actors like Olsen in the mix. Instead of focusing on multi-film massive agreements that could sign her up for another seven years as the Scarlet Witch, Marvel Studio president Kevin Feige has focused on project-by-project contracts.

Oscar Isaac signed up to the MCU with this type of contract when he starred as Marc Spector/Steven Grant/Jake Lockley/Moon Knight/Mr. Knight in the latest series to hit Disney+, Moon Knight.

Wanda’s ending in Sam Raimi’s Doctor Strange 2 was intentionally ambiguous. This is just like Tom Holland’s possibly last appearance as Peter Parker/Spider-Man in Spider-Man: No Way Home (2022) since Marvel and Sony Pictures are still working out how to collaborate on further Spider-Man projects.

What do you think the odds of Elizabeth Olsen returning to the Marvel Cinematic Universe are?