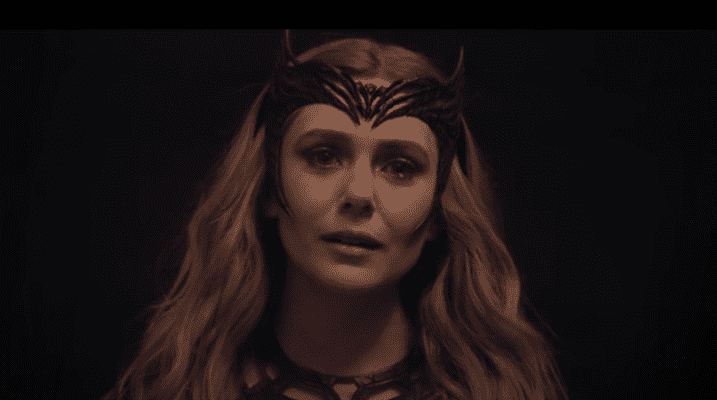 Fan-favorite Elizabeth Olsen just reprised her Marvel Cinematic Universe role as Wanda Maximoff/Scarlet Witch in Doctor Strange In the Multiverse of Madness (2022), and if you’ve already seen the film, you know that the reports of her being a major player in the project were not exaggerated.

Olsen’s screen time rivaled that of leading man Benedict Cumberbatch (Doctor Stephen Strange), and her story arc was at the core of the entire Doctor Strange (2016) sequel movie.

Now, Olsen has spoken out about whether or not she will reprise her role again given how Wanda’s story ended in Doctor Strange 2.

The actress recently shared that she truly doesn’t know what is next for her beloved MCU character now that her time on Wundagore Mountain has seemingly come to an end:

“I don’t. I don’t. I think fans usually have the best ideas and I genuinely don’t know where we go from here and what the limitations are of the MCU because I don’t follow what their plans are….I feel like the fans always know what the plans are, even when they’re not announced. And so I don’t. I do have this image… There are a few images in my head of, I think they’re from Witch’s Row, as she’s aging and decaying, while using her power and there’s something in that, this older woman, who’s aging from her power, that I’m interested in. And I don’t really know what that means, but I kind of would love to be old.”

Olsen also discussed her desire to see Wanda reunited with her love, Vision (Paul Bettany), following his tragic death in Avengers: Infinity War (2018). She said that “I always want to be reunited with Paul Bettany painted faces…That face is amazing.”

In a prior interview, the actress noted that Marvel Studios President Kevin Feige doesn’t leave loose ends and that “at the end of WandaVision, you see Vision fly off and that’s a loose end.”

Olsen said this leads her to believe that “I assume at some point I will be putting on my tights and cloak for another outing, but I don’t know when that might be.”

One project that could potentially feature the Scarlet Witch is upcoming Disney+ Original series, Agatha: House of Harkness. The MCU show is set to star Kathryn Hahn in her now-famous WandaVision role as Salem witch, Agatha Harkness.

Few details are known about the series, but it is expected to be a prequel, meaning that Olsen could show up in some capacity or another, perhaps even during her takeover of Westview, New Jersey.

Furthermore, now that the Marvel Multiverse has been blown wide open in Loki, Spider-Man: No Way Home, and, now, Multiverse of Madness, anything can happen.

Have you seen the latest MCU blockbuster yet?