Marvel Does the "Unthinkable", Announces the End of the Spider-Verse - Inside the Magic 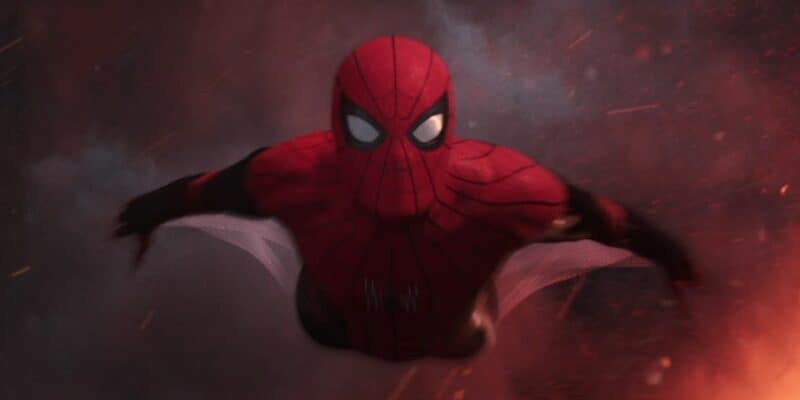 Marvel Comics has announced the “unthinkable” end of one of its most popular storylines — the “Spider-Verse”.

Stan Lee and Steve Ditko’s wall-crawling web-slinger from New York City is one of the Marvel franchise’s most popular characters. First appearing in 1962 in “Amazing Fantasy #15”, the superhero will celebrate his 60th anniversary this year. The celebration will be marked with a 900th issue of “The Amazing Spider-Man” from Marvel Comics, which just debuted a brand-new villain, and August will see the spiritual successor to a popular 2014 arc return once again.

The return to the Spider-Verse will come in the form of “Edge of Spider-Verse” this August from Dan Slott and Mark Bagley, with contributions also from comic book writers like Alex Segura and Karla Pacheco.

Over the course of five issues, EDGE OF SPIDER-VERSE will introduce brand-new Spider-heroes as well as catch up with classic favorites such as Araña, Spider-Man Noir, Spider-Gwen, and Spider-Man: India! Each thrilling issue will contain three stories packed with debuts, new status quos, and seeds for an overarching saga that will set the stage for THE END OF SPIDER-VERSE, a new epic launching later this year.

Speaking to Polygon, Dan Slott teased a big moment for the Spider-Man Variants and what it means for the Marvel Universe:

“Marvel has decided to do the unthinkable, go big, and bring the saga of the comic book Spider-Verse to a fiery conclusion,” Slott told Polygon via email. “Yes, that’s right. Later this year we shall all bear witness to THE END OF THE SPIDER-VERSE!”

“If you ask me, it’s madness […] Why would they do this? WHY? They could’ve milked this spider-cash-cow for decades. That said, if you are going to do it, going all-out in a blaze of glory is definitely the way to go!”

The notion of the Multiverse and Variants of popular characters has made its way into Marvel Studios and Sony Pictures’ mainstream blockbusters. The former first explored Variants in Kevin Feige’s Marvel Cinematic Universe Loki series on Disney+, which starred Tom Hiddleston as the God of Mischief and introduced Jonathan Majors as He Who Remains — a Variant of future MCU villain, Kang the Conqueror. The franchise would go on to bring the Multiverse to the big screen in Spider-Man: No Way Home (2021) from Feige and Amy Pascal, and Doctor Strange in the Multiverse of Madness (2022).

While the future of the live-action Spider-Man universes is uncertain, Marvel Comics is teasing a dramatic year for the various Spideys of the Multiverse.

Will you be reading the “Edge of Spider-Verse” from Marvel Comics?