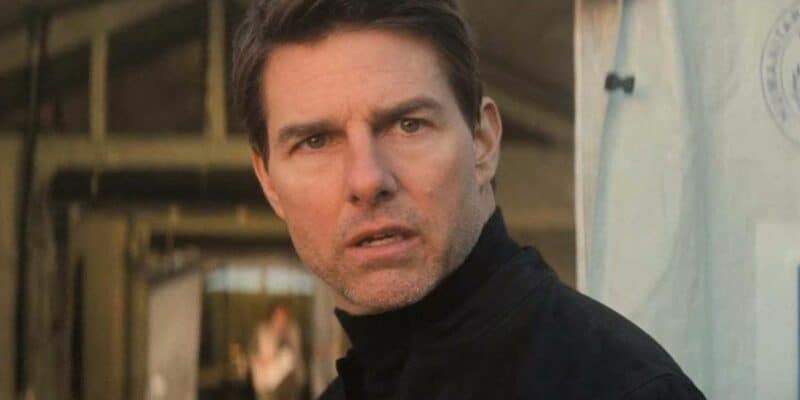 When we talk about multi-movie franchises, somehow, the Mission: Impossible movies tend to get overlooked. Perhaps they’re overshadowed by other action franchises like Fast & Furious or James Bond, but on the other hand, we can’t deny the popularity of this action series.

It’s also unfair — almost criminal — to compare the Mission: Impossible movies to the likes of Fast & Furious, as it’s plain to see just how much blood, sweat, and tears go into making them. That, and the fact that Tom Cruise is the closest thing we have to a real-life action hero!

So here’s every single Mission: Impossible movie ranked from worst to best, should you choose to accept it. And don’t worry — this article won’t self-destruct in five seconds!

While the worst film in the series isn’t a bad movie per se, Mission: Impossible II (2000), directed by action master John Woo, still leaves a lot to be desired. But that’s not the only issue with Tom Cruise’s second outing as IMF agent Ethan Hunt, as the film is, in every way possible, a product (or victim) of its time, and screams early noughties “MTV movie” from start to finish.

“I Disappear” by Metallica and “Take a Look Around” by Limp Bizkit are incredible tracks, and as usual, Tom Cruise gives 110%. The main problem, though, is that Mission: Impossible II is such a jarring departure from the tone and vibe of the original 1996 film. With all of that said, this movie did shape the rest of the series, and for that reason alone, we can’t be too disappointed.

Mission: Impossible II isn’t the only movie in the series that stands out like a sore thumb. Although in the case of Mission: Impossible (1996), it isn’t really a bad thing. If you’re after a Mission: Impossible movie that’s more thriller than it is globe-trotting actioner, and more in line with the original ’60s series, then you’ll love Brian De Palma’s gritty spy caper.

Long before we saw Tom Cruise scaling Dubai’s Burj Khalifa like Spider-Man, or breaking his ankles as he hopped between rooftops like Daredevil, he was running around Prague after being framed for the murder of his IMF team. Mission: Impossible is spy caper at its finest — it’s smart, sleek, and perhaps grittier than even Daniel Craig’s first outing as Bond in Casino Royale (2007).

These days, JJ Abrams is a director who has become something of a wanted criminal within the Star Wars fanbase. While he breathed new life into the faraway galaxy with Star Wars: Episode VII — The Force Awakens (2015), he also returned to direct the trilogy-destroying Star Wars: Episode IX — The Rise of Skywalker (2019).

But many people forget that he’s responsible for revamping the Mission: Impossible movies just three entries in, with Mission: Impossible III (2006). The threequel retains the grit of the original, but in many ways, it also marks a major turning point for the series in terms of tone. And this thrilling entry is proof that JJ Abrams knows what he’s doing (when there’s a plan in place).

The Mission: Impossible movies can easily be compared to the Daniel Craig-era Bond movies in terms of quality — Casino Royale is a gritty re-imagining, Quantum of Solace (2008) is a complete misfire, and from Skyfall (2012) onwards (which in itself feels like a super-soft reboot), everything feels bigger and more cinematic (there’s also consistency with supporting characters).

And by the time we arrive at Mission: Impossible — Rogue Nation (2015), we’re already in full swing with the more “epic” Mission: Impossible movies, as Ethan Hunt comes face to face with his greatest foe yet — former MI6 agent and visionary terrorist Solomon Lane (Sean Harris). Not only that, but Tom Cruise’s underwater stunt is by far one of the most nail-biting in the series.

The movie is also packed with incredible stunts, including the iconic death-defying Burj Khalifa climb. But perhaps the most entertaining aspect of Brad Bird’s Mission: Impossible — Ghost Protocol is the theme of unreliable technology — it’s a spy movie, yet none of the gadgets are working properly, which provides some belly chuckles along the way.

One of the most unusual things about the Mission: Impossible movies is that, with the exception of Mission: Impossible II, they just keep on getting better and better. It’s not something we often find ourselves saying with multi-movie franchises, whether it’s the Star Wars, Jurassic Park, Harry Potter, Ghostbusters, Halloween, or Toy Story movies.

It’s also rare that the sixth entry in any series is the best, yet Mission: Impossible — Fallout (2018) does the impossible. This time, all bets are off, as Ethan Hunt and his team, with the help of CIA agent August Walker (Henry Cavill), must thwart a global threat. Christopher McQuarrie returns to direct, having previously helmed Mission: Impossible — Rogue Nation.

Mission: Impossible 7, which is director Christopher McQuarrie’s third entry in the series, will be released in theaters on July 14, 2023. Due to the COVID-19 pandemic and the shutting down of production due to outbreaks on set, like countless other movies, it has been delayed significantly.

How would you rank all the Mission: Impossible movies? Let us know in the comments below!