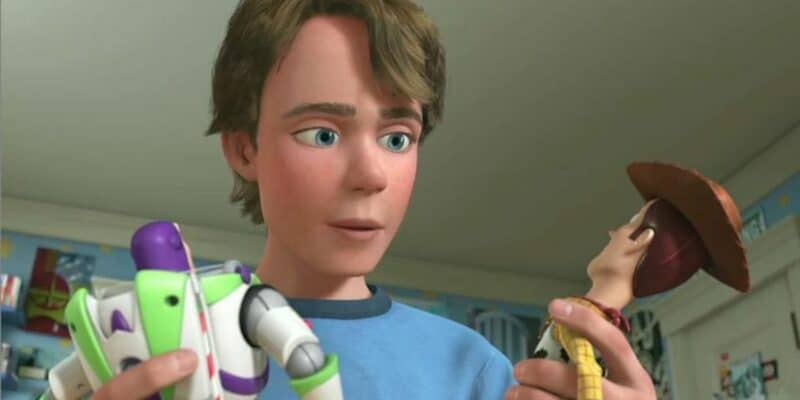 Over the years, Disney and Pixar have churned out more CG-animated flicks than we probably realize, from Monsters, Inc. (2001) to Soul (2020) and everything in between, before, and after. But the one thing we’ll never forget is where this era of filmmaking first started.

When Toy Story (1995) hit theaters in 1995, it became an instant classic. Audiences fell in love with Woody (Tom Hanks) and Buzz Lightyear (Tim Allen) — so much so, that the real-world versions of the sheriff and space ranger became the hottest toys that Christmas.

Other characters in the movie are equally beloved, from Mr Potato Head (Don Rickles) to Slinky (Jim Varney), and even the Green Army Men, toys that existed long before Toy Story. But the first Pixar movie outing didn’t just put toys back on the map — it made Pixar a household name.

Now, 27 years later, we’ve had three sequels to the ground-breaking 1995 movie. But did we ask for so many sequels to the beloved classic? Given the box office success of each movie, it would seem so! But have they all been as magical as the first? Well, let’s round ’em up and find out…

If there’s one movie in the Toy Story franchise we never really asked for, it’s Toy Story 4 (2019). After the finality of Toy Story 3 (2010), in which the toys are handed down from Andy (John Charles Morris) to Bonnie (Emily Hahn), it seemed unlikely that a fourth movie would happen. But it didn’t matter, because the hugely-satisfying trilogy-topper felt like a true ending.

Nevertheless, it’s great to see Woody, Buzz, and the gang back as they’re reunited with Bo Peep (Annie Potts). There are some great sequences too, with those in Second Chance Antiques being particularly thrilling. Unfortunately, though, Toy Story 4 just feels unnecessary, while the existential stuff — which raises far too many mind-bending questions about the toys — is perhaps best left for the likes of Soul.

Toy Story 2 (1999) was the first highly-anticipated follow-up to the 1995 classic, and also remains the most ‘immediate’ sequel in the series, with only a five-year-gap between both films. With Toy Story centered mostly around Woody and Buzz, this time we learn about Woody’s origins and meet other toys in his series, Jesse (Joan Cusack), Stinky Pete (Kelsey Grammer), and Bullseye.

However, they’re all trapped in the possession of vintage toy collector, Al (Wayne Knight), who intends to sell them to Japanese buyers, so it’s up to Buzz and the others to save them. Toy Story 2 is an action-packed outing that introduces some new characters to the fold, including Barbie (Jodi Benson). And while, like most sequels, it falls ever so slightly short of the charm of the original, it still has buckets of it.

The idea of a third Toy Story movie was exciting to say the least, because in true fashion, threequels tend to wrap things up. It also meant another Toy Story adventure, and by this point, fans had been waiting 11 long years to see Woody and Buzz back on the big screen. Fortunately, Toy Story 3 delivers in spades, while the quality of CG has undergone a huge upgrade.

When Woody, Buzz, Jesse, Mr Potato Head, Hamm (John Ratzenberger), and the rest of the toys are accidentally donated to Sunnyside Daycare, they meet the evil Lotso (Ned Beatty). While Toy Story 3 is mostly retread of its predecessor (the same can be said about every sequel in this series — the toys end up captured by a nasty human or a neglected and hard-done-by toy), it is easily the most emotional Toy Story movie. That ending just gets us every time!

Just as cinemagoers were recovering from having seen realistic dinosaurs on the silver screen in Jurassic Park (1993), along came a CG-animated Disney/Pixar movie that broke ground in a completely different way. Toy Story was the first 3D animated movie, and would pave the way for a new era in filmmaking, a genre that continues to be hugely popular and lucrative to this day.

There’s no denying that the CGI in the original Toy Story has aged quite a bit, though, but there’s still something startlingly realistic about the toys in this movie — they feel like plastic, as opposed to the more articulate CGI creatures they become in later sequels. Directed by John Lasseter, Toy Story is a classic, and a movie for which we are all eternally grateful!

There’s no telling whether Disney and Pixar intend to stop with Toy Story 4. With that said, as the movie ends with Woody and Buzz bidding farewell to one another, it’s unlikely we’ll see another theatrical outing (though we can probably expect plenty more shorts on Disney+). Perhaps the Toy Story movies are now best left alone, especially with Pixar’s Lightyear (2022) coming up.

Lightyear follows space cadet Buzz Lightyear (Chris Evans), who, along with several other astronauts, becomes marooned on an alien world following a deep space voyage. Not to be confused with the action figure of the same name, Buzz Lightyear is the human version of the character, who undoubtedly goes on to inspire the Buzz Lightyear brand (perhaps this is something the movie will tease towards the end).

How would you rank all the Toy Story movies?