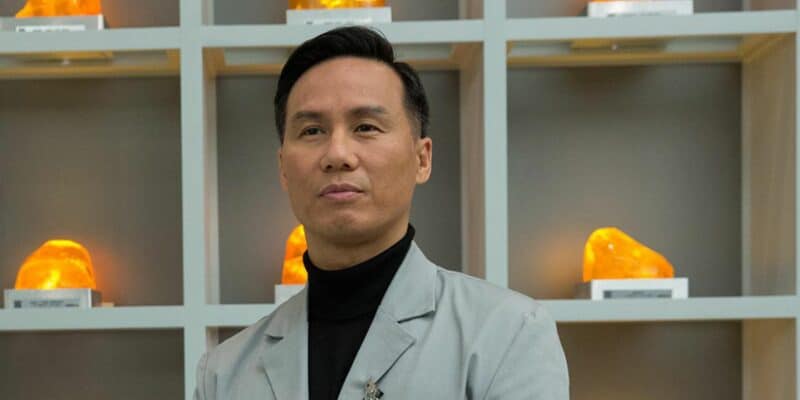 The Jurassic Park movies are full of prehistoric predators such as the Indominus Rex, Tyrannosaurus, Velociraptor, and Pteranadon, but where would we be without villains of the more human variety? After all, without them, there would simply be no dinosaurs!

With the exception of Jurassic Park III (2001), which is full of things that make no sense, every entry in the series has a human antagonist, who is usually motivated by money. There are a couple of exceptions, though, with ambition and plain cruelty being equally-powerful drivers.

But whatever their motives, they’re wicked all the same. So here are all the Jurassic Park villains, ranked worst to best.

More often that not, Jurassic Park villains are as stupid as they come, but none of them wear that cap as tightly as mercenary Ken Wheatley (Ted Levine), one of three villains in Jurassic World: Fallen Kingdom (2018). And we all know where stupidity lands you in the Jurassic universe…

After capturing several Isla Nublar dinosaurs for a black-market auction at Lockwood Manor, Ken Wheatley gets sidelined for the movie’s main antagonist, Eli Mills (Rafe Spall). And by sidelined, we mean that he deliberately enters the Indoraptor’s cage to collect one of its teeth as a trophy…

While geneticist Henry Wu (BD Wong) returned in Jurassic World (2015), having only appeared in Jurassic Park (1993) at that point, he’s not the villain of the franchise-reviving blockbuster. However, fans were still pleased to see that Wu was more in-line with his novel counterpart.

In Michael Crichton’s bestselling novel, “Jurassic Park” (1990), Wu is hungry to be recognized for his revolutionary work, which is something that’s definitely echoed in Jurassic World: Fallen Kingdom. Unfortunately, he also feels like a mad scientist, not unlike Doctor Frankenstein!

Lewis Dodgson (Cameron Thor) is only in Jurassic Park for a few minutes, but he’s still pretty well-known by fans who are familiar with the novels “Jurassic Park” and “The Lost World” (1995). In fact, he’s the main villain in the former book, and is even portrayed as a psychopath.

Sadly, The Lost World: Jurassic Park (1997) doesn’t take that many pages out of the book as Dodgson is nowhere to be seen, so we’ve no choice but to rank him low. But the good news is that he’ll be returning in Jurassic World: Dominion (2022), this time played by Campbell Scott.

Many fans might scoff at seeing Jurassic World: Fallen Kingdom’s Eli Mills higher than Lewis Dodgson, but the truth is that he’s only this high because he’s extremely entertaining to watch. But with that said, the greedy financier is a villain of the moustache-twirling variety.

On th other hand, he’s also pretty evil — after all, he does murder Benjamin Lockwood (Peter Cromwell) in his bed! He’s also the only person to point out that Claire Dearing (Bryce Dallas Howard) and Owen Grady (Chris Pratt) are really no better than he is, and are Jurassic Park villains in their own right.

Perhaps being two-dimensional comes as part of the package of being a villain in a major blockbuster movie. However, we don’t think that’s entirely true — just look at Thanos (Josh Brolin) from Avengers: Infinity War (2018) and Avengers: Endgame (2019).

Either way, InGen security head Vic Hoskins (Vincent D’Onofrio) might be about as interesting as Eli Mills, but his goal to utilize raptors in combat is quite amusing. And though he is indeed generic, his sheer ignorance works in his favor, as it’s consistent with the theme of all the Jurassic Park movies.

If there’s any villain in the Jurassic Park movies who really gets under your skin, it’s Peter Ludlow (Arliss Howard) in The Lost World: Jurassic Park. In the 1997 sequel, the newly-appointed InGen CEO decides that bringing dinosaurs from Site B (AKA “Isla Sorna”) is a great idea (but, of course, later there’s running and screaming).

Ludlow is also the nephew of John Hammond (the late Richard Attenborough), but he’s not quite as pleasant as his uncle. So what do we love about him? Well, his back-and-forth with Ian Malcolm (Jeff Goldblum) makes for some great dialogue throughout the film, and he also has one of the most satisfying villain deaths in the franchise!

We can’t imagine a world where Dennis Nedry (Wayne Knight) isn’t at the top of a Jurassic Park villains list. While he isn’t a typical villain per se — in other words, he doesn’t really ever come face to face with our heroes — he’s still the man responsible for the collapse of Jurassic Park!

As such, he deserves the top spot — without him, we wouldn’t have had any sequels, or the original Jurassic Park for that matter! Nedry has also become an iconic character over the decades, which owes thanks to Wayne Knight’s performance, that Hawaiian shirt, yellow anorak, Barbasol shaving cream can, and, of course, that infamous GIF!

It’s reasonable to assume that the upcoming Jurassic World: Dominion (2022), which is set to be the most epic entry in the franchise so far, will have its fair share of human villains, with Lewis Dodgson (Campbell Scott) already confirmed.

And if the epic Jurassic World: Dominion prologue is anything to go by, we can also expect a bunch of new dinosaur villains too, including Giganotosaurus, and fan-favorites such as Blue the Raptor and Rexy the T-Rex, with the latter set for a major story arc.

The question is, will dinosaurs end up ruling the Earth in the new movie? It’s possible, but as is the case with the Jurassic Park movies, the dinosaurs rarely seem to achieve much in the way of wreaking havoc without a human villain being behind responsible.

Recently, three cross-promotional teasers were released for Jurassic World: Dominion and the 2022 Winter Olympics. The first features a skier encountering Blue and Rexy, the second shows an ice skater meeting a herd of Parasaurolophus, and the third has a snowboarder passing an Apatosaurus. While dinosaurs aren’t ruling the world, the teasers do a great job at showcasing the animals in the wild on mainland North America.

Producer Frank Marshall also recently spoke on the possibility of future Jurassic World movies. In fact, based on the direction animated Netflix show Jurassic World: Camp Cretaceous (2020 — 2021) has taken, it’s possible that a future Jurassic Park installment won’t even feature dinosaurs. But even if that’s the case, we can’t imagine any movie in the series without a human villain.

How would you rank the main villains in the Jurassic Park movies?