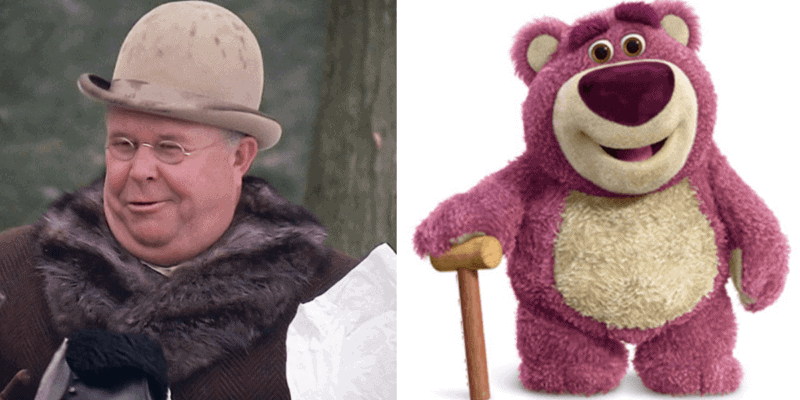 Ned Beatty, the prolific actor who was the man behind such roles as Otis in the original Superman (1978), Bobby in Deliverance (1972), and Lots-o’-Huggin’ Bear in Toy Story 3 (2010), has died. The actor was 83 years old and passed away in his Los Angeles home of natural causes.

Ned Thomas Beatty was born July 6, 1937 and made his Hollywood debut in the 1972 film Deliverance. From there, Beatty went on to star in more than 150 films and television shows. In 2010, Beatty was the voice behind the adorable, pink Lots-o’-Huggin’s Bear — aka Lotso — who wasn’t as cute as he seemed in Toy Story 3.

Lotso is the main toy that is in charge of the other toy at Sunnyside Daycare. He promises all of the toys at the daycare that they will never be unloved or not played with again. However, his sweet demeanor, grandfatherly approach, and cane only serve to hide the toy Lotso was on the inside. Lotso is described by Disney as:

Lotso is a jumbo, extra-soft teddy bear with a pink and white plush body and a velvety purple nose. This lovable bear ranks fuzzy heads and shoulders above other teddy bears because he smells like sweet strawberries. With a smile that will light up your child’s face and a belly just asking to be hugged, Lotso Bear is sure to become a bedtime necessity. Stain resistant. Spot clean plush surface with a damp cloth.

Toy Story 3 was the first time that Beatty had lent his voice to an animated character, and the fact that he was starring in a Disney/Pixar animated film was not lost on the actor. In a 2010 interview with Hollywood.com, Beatty spoke about speaking with Disney and being offered the part.

You know, I had never really done anything like that before so that was sort of interesting, just knowing that I was going to basically talk to people about getting together on this. And I think they were giving me an offer, I believe they were, but at the same time I felt like well, they have a right to change their mind if they don’t like what I’m doing. But it was great fun. I once had a director from the Bronx, and he had a really heavy Bronx accent you know, and he said to me, [in a heavy accent] “Every time we think of something to try, you want to do it immediately. You’re such an instant person.” So the truth of the matter is I’m kind of an instant person. But I love the idea that you can do a line and do it again and again and then have the director say, “Let’s try so and so,” and it’s like, “Okay, let’s try that.” I really, really enjoyed that part of it.

His role as Lotso was not the only time Beatty was a part of the Disney family. In 1990, Beatty made his first Disney appearance in the series The Road to Avonlea, which was shown through the Disney Channel and the Canadian Broadcasting Company.

A young girl (Sarah Polley) is sent to live with her mother’s relatives in Prince Edward Island. Set in the early 1900’s, the series follows her adventures, as well as that of her family and the town’s people as she grows up in Avonlea.

Beatty portrayed shoe salesman Wally Higgins. While it was not a major role in the series, it brought Beatty into the Disney family, and he gladly returned in 2010 for the role of Lotso.

Fans were quick to take to social media to share their condolences for the passing of the Hollywood great. Twitter user James (@rhodeislandgeek) shared that he will be watching Toy Story 3 to remember the actor.

Very sad to hear about Ned Beatty’s death. I loved him as Otis in Superman (1978) and as his role as Lotso the Bear in Toy Story 3 (2010). Will be watching both tomorrow in his honor. #RIPNedBeatty

Very sad to hear about Ned Beatty's death. I loved him as Otis in Superman (1978) and as his role as Lotso the Bear in Toy Story 3 (2010). Will be watching both tomorrow in his honor. #RIPNedBeatty pic.twitter.com/WY5ZonnZhM

Just heard that Ned Beatty passed away in his sleep. It was a joy and and an incredible honor to work with him. Thanks, Ned, for bringing Lotso to life — both his good side and his not-so-good side. We’ll miss you.

Just heard that Ned Beatty passed away in his sleep.

It was a joy and and an incredible honor to work with him.

Thanks, Ned, for bringing Lotso to life — both his good side and his not-so-good side. We’ll miss you. pic.twitter.com/mDP9pP2vg1

Beatty’s daughter, Blossom Beatty, confirmed the iconic actor’s death the morning of June 13. Beatty is survived by his wife Sandy, his daughter, Blossom, and his other children Doug, Charles, Lennis, Wally, Jon, Thomas, and Dorothy.

Please join us in sending our deepest condolences to Beatty family on the passing of Ned Beatty.