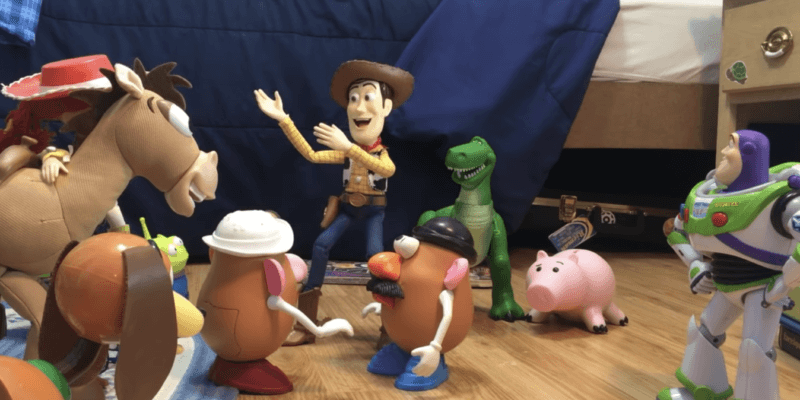 I thought Toy Story 3 couldn’t get any better and then fans surprise you by recreating the movie in its entirety using a different way of filmmaking.

Making even a five-minute film using stop motion animation is a feat that should be applauded but these two brothers have recreated the entire 1-hour 39-minute movie featuring all of Andy’s Toys.

This is something you have to see to believe, check out their YouTube video below:

When the two brothers started this project they were just 12 and 15 years old and as you can see, they have an incredible talent for this form of animation. I wouldn’t be surprised if they were hired by a studio in the very near future. Pixar themselves would do well by getting these guys on board!

For those unaware of how stop-motion animation works, each object has to be moved manually for each photographed frame so that when playing it back, a movie is created. This kind of motion animation is incredibly time-consuming and it’s not a surprise that it took a team of two 8 years to make an animated film this long.

They’ve done a great tribute to Woody, Buzz Lightyear and the gang and I just hope that the Walt Disney Company sees this and makes a positive comment about it. Creating a Toy Story 3 stop motion film like this needs high praise. Let’s hope Disney doesn’t take the video down!

The action figures work really well this movie and they’ve taken dialogue from the movie featuring Tom Hanks, Tim Allen, and the rest of the cast.

Who else wants to see these brothers tackle the sequel, Toy Story 4?

What do you think of this incredible piece of animation, do you think Walt Disney Pictures needs to hire the brothers immediately? Let us know in the comments below!