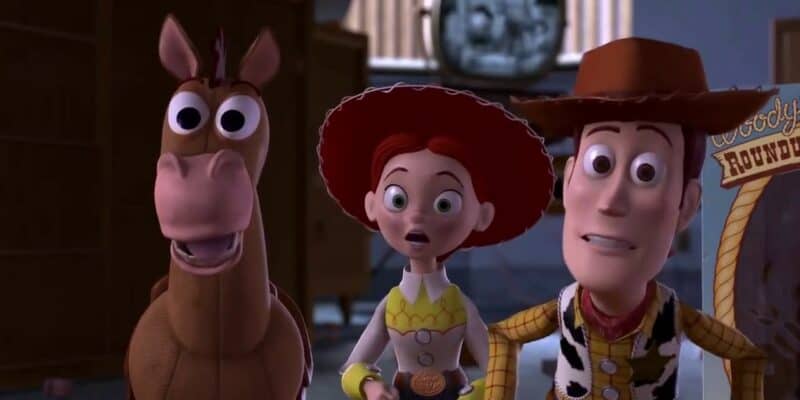 In 1995, Pixar Animation Studio and Disney came out with a movie that completely changed the animation game. Toy Story — a story about what happens when your toys are left to their own devices — was the first movie made that was completely by computer animation. The film broke both barriers and box office records and become one of Pixar’s most famous and timeless stories.

Three years later, Disney was getting ready to release the highly anticipated sequel, Toy Story 2. The movie was nearly complete and final edits and changes were being made. Then, the unthinkable happened, someone hit a button and the film’s files were being deleted as helpless Pixar technical directors looked on.

Oren Jacob, now Chief Technical Officer at Pixar, was an assistant technical director on the movie and recalls the absolute dread that he felt as he watched the files disappear. He spoke to The Next Web and said that he tried to stop it, but couldn’t do anything.

“He had an error, I forget the exact [one]. It was like, “Directory no longer valid,” because he’s in a place that had just been deleted. Then he thought to walk up [a directory] and he walked back up and then we saw Hamm, Potato Head, and Rex. Then we looked at it again and there was just Hamm and then nothing.

The master machine goes down,” says Jacob. “Some people are animating a shot and they can work for like a minute or five minutes, but eventually you’ll have to pull data from the master machine for some reason or another, which your machine will freeze.”

“Eventually every animator and, every TD, everyone working on the show goes, “Oh, all machines down. Let’s go to lunch. Ha, ha.”

Jacob said that when they checked the machines later to check on the film’s backups that were saved, only 10% of all of the film’s files remained. Something had gone wrong with the backup machines and the files were gone from there as well. All hope looked lost, but thankfully, there was a baby who saved the day.

A Pixar employee named Galyn Susman, who was the supervising technical director on Toy Story 2 had been working from home after the birth of her baby. The film’s files were automatically sent to her on a weekly basis, and she kept all of the files on her personal home computer.

The files were retrieved from Susman’s house and the film was saved! Almost. Jacob admits that about 10% of the film’s files were never retrieved and are gone forever, but they were able to make the film work without the scenes.

What do you think about Toy Story 2 almost being lost forever? Let us know in the comments!