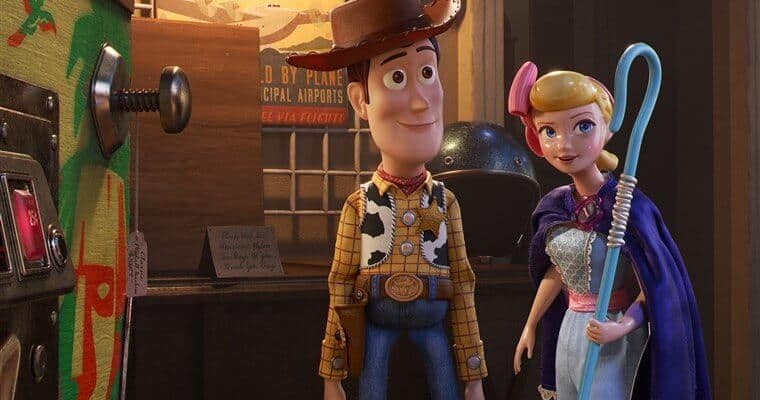 Disney+ has become a staple in the homes of Disney fans everywhere since launching this past fall, and we’re excited to share a brand new trailer for Lamp Life, one of the newest shorts to hit the platform!

We were thrilled to see the return of Bo Peep in Toy Story 4, but from the moment that Woody stumbled upon Bo’s lamp in the antique store we couldn’t help but wonder what she’d been up to since Toy Story 2. Some of Bo’s story between films is tackled in the beginning of Toy Story 4, but we don’t quite see how exactly she ends up on the fairgrounds when she is rejoined by Woody.

Pixar’s latest short, Lamp Life, seeks to fill us in on what Bo has been up to and what adventures she’s experienced between when we last saw her in Toy Story 2 and when her story line picks up in Toy Story 4, and it seems like life on a children’s lamp is certainly more exciting than you’d imagine! Check out the full trailer below:

In addition to Lamp Life, which will be available for streaming on Disney+ January 31, the streaming service also features all four full length Toy Story films along with previously released shorts like Partysaurus Rex, and one of the newest Pixar short series, Forky Asks a Question. Lamp Life also joins an extensive list of shorts covering a variety of different studios within the Walt Disney Company from Sparkshorts to Disney Animation Studios, and of course Pixar.

Fans may still be wondering if Toy Story 5 will ever be a possibility, but for now we think we’ll take all of the new shorts! We’ve already been introduced to so many wonderful characters throughout the first four films, so for how we’ll happily take more short giving us some new stories and development for our favorite toys!

Are you excited for Lamp Life? Currently watching one of the movies or Forky Asks a Question? Let us know in the comments!