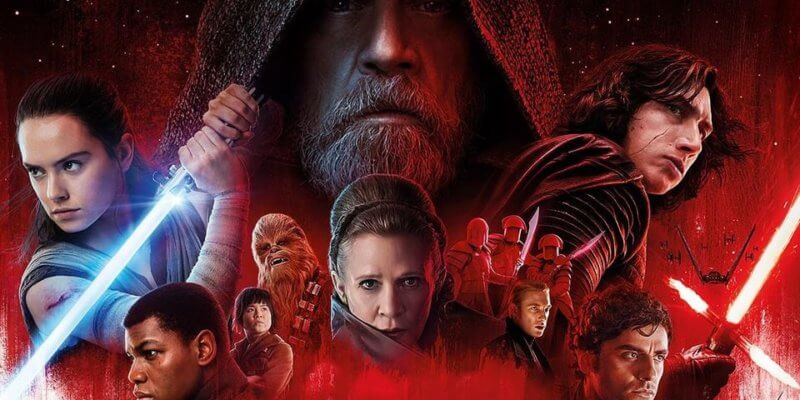 Today, December 26, marks the day where yet another Star Wars film is removed from Netflix and is added to Disney’s streaming service, Disney+.

Star Wars: The Last Jedi is the eighth episode of the nine-part “Skywalker Saga”. The 2017 Lucasfilm movie is the second installment of the Star Wars sequel trilogy, following Star Wars: The Force Awakens.

Star Wars: The Last Jedi is written and directed by Rian Johnson and produced by Kathleen Kennedy and Ram Bergman. J.J. Abrams, Tom Karnowski and Jason McGatlin are the executive producers.

The eighth episode film follows the story of Luke Skywalker living in a peaceful existence, which ends up turning upside down when he encounters a young woman named Rey, who shows strong signs of the Force. Rey’s desire is to learn the ways of the Jedi, which forces Luke Skywalker to make a tough decision that could change their lives forever.

You can watch the trailer for Star Wars: The Last Jedi below.

You can stream all eight Star Wars films on Disney+ now, including:

If you are not yet signed up for Disney’s new streaming service, you can subscribe here.

Are you excited to see Star Wars: The Last Jedi available to stream on Disney+? Let us know in the comments.