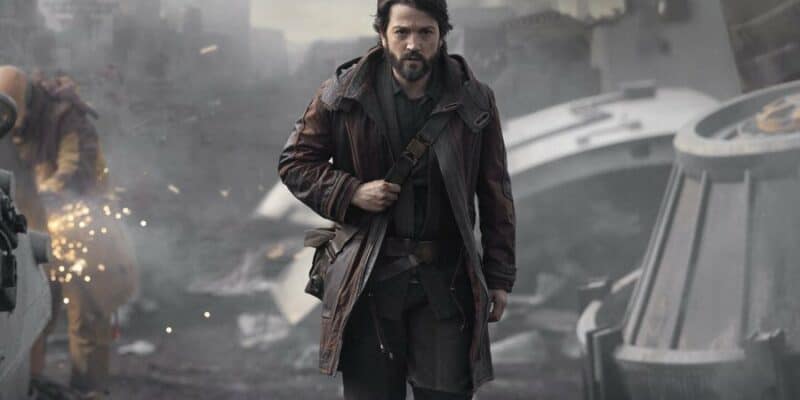 It didn’t take Disney too long before finally breaking one of the oldest unsaid rules about Star Wars and fans won’t be happy.

George Lucas always intended for Star Wars to be directed towards and made sure that his movies worked for children and that kids wouldn’t have any obstacles forcing their parents to make their kids wait before seeing it. This included not showing sex, using swear words, and no blood or gore during fights.

These three simple rules have been, for the most part, never challenged in any Star Wars project until now. In Andor Season 1, fans see TWO of these rules challenged, with one of them being broken. After Sergeant Most sees the fallen speeder next to his men, he sees Cassian Andor (Diego Luna) and Luthen Rael (Stellan Skarsgard) escape on a swoop bike. Most immediately say sh*t instead of dank farrik or blast.

This is highly unusual for kids because Star Wars could forego their usual swear words, and Sergeant Most might not be the only character to slip and use real-world swear words. For all we know, another Preox-Morlana security guard could throw out an F-bomb and ruin the immersion for more fans.

Fans won’t be happy to hear this, especially after seeing a rebel use an AK-47 in the trailers meaning that Star Wars might be getting lazy and not caring if their projects use real-world weapons and language. Using real swearing could make it possible for children not to be allowed to see the series, especially since sex is almost shown in the series.

All of this is highly irregular, and Andor still has another nine episodes to debut before fans are done with the series, so there are a lot of chances for fans to sadly hear more vulgar language before the season ends.

Related: ‘Star Wars’ Actor Honored With Theater Named After Them