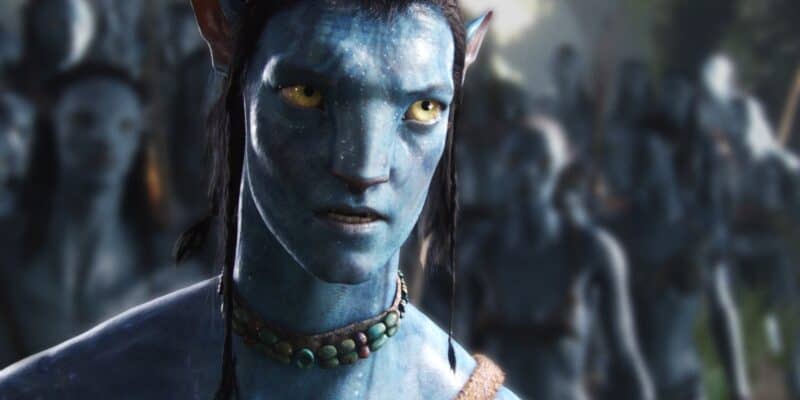 There’s no denying that James Cameron is a master of cinema. It wouldn’t even be unreasonable to suggest that, at times, he gives even Steven Spielberg a run for his money. After all, the director has a number of box office juggernauts under his belt.

Long before Avatar (2009) became the highest-grossing film ever, James Cameron made waves with Titanic (1997), the big-screen adaptation of the real-life 1912 maritime disaster, which stars Kate Winslet and Leonardo DiCaprio as equally ill-fated lovers aboard the New York-bound liner.

And even before Titanic made it to the top of the box office, having made over $1.84 billion worldwide, Cameron gave us Aliens (1986), the sequel to Ridley Scott’s 1979 classic, and then Terminator 2: Judgment Day (1991), yet another sequel that is generally considered superior to its predecessor.

Needless to say, he is one of the most successful film directors of all time, and it’s likely that this year’s long-awaited Avatar: The Way of Water (2022) will be yet another landmark box office beast for Cameron. But it hasn’t all been smooth-sailing for the director.

In a recent interview with The New York Times, the Avatar director recalled a dispute with 20th Century Fox regarding the original 2009 film, with the argument centering on its long runtime and a number of scenes that involve flying sequences.

According to Cameron, Avatar impressed viewers during test screenings, but that at the same time 20th Century Fox wanted to cut down the film’s 2 hours 41 runtime. But as Cameron reveals, he was not happy with the studio demands, and had to remind them of his prior successes.

“I think I felt, at the time, that we clashed over certain things. For example, the studio felt that the film should be shorter and that there was too much flying around on the ikran–what the humans call the banshees. Well, it turns out that’s what the audience loved the most, in terms of our exit polling and data gathering. And that’s a place where I just drew a line in the sand and said, ‘You know what? I made Titanic. This building that we’re meeting in right now, this new half-billion dollar complex on your lot? Titanic paid for that, so I get to do this.'”

It goes without saying that Cameron was well within his right to stand his ground. Evidently, Avatar had long been a passion project for the director, and the same can be said about the franchise as a whole, as he has since committed to a further four movies in the series.

In fact, he’s created such a rich world in Pandora that we can only live in hope that he will one day direct a Star Wars movie, and showcase the faraway galaxy in ways never before seen!

Avatar has also been brought to life at Walt Disney World Resort in the form of themed land Pandora — The World of Avatar, which includes experiences such as Na’vi River Journey and Avatar: Flight of Passage, with the latter being inspired by the movie’s flying sequences.

Fans of the franchise will also soon get the opportunity to explore Pandora in an even more virtual setting than the Disney World attractions, as a first-person, open-world adventure game titled Avatar: Frontiers of Pandora (TBA) is expected to hit shelves some time next year.

Check out the official trailer for Avatar: The Way of Water below:

Two other actors who will also be returning are Sigourney Weaver and Stephen Lang, who play Dr. Grace Augustine and Colonel Miles Quaritch in Avatar, respectively. However, this time, Weaver will be appearing as Jake and Neytiri’s teenage Na’vi daughter, while Lang will be playing a Na’vi version of his previous character.

Are you a fan of James Cameron’s movies? And do you think Avatar is too long? Let us know in the comments down below!