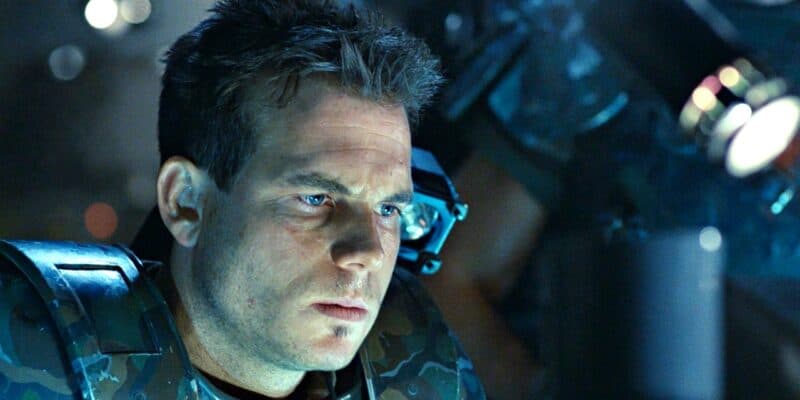 Would it be unfair to compare Disney to the Weyland-Yutani Corporation from the Alien movies, in that its reach knows no bounds? While Disney isn’t actually looking to acquire any actual xenomorphs (at least not to the best of our knowledge), they do now own the franchise!

The Alien movies first hatched in theaters in 1979 with Ridley Scott’s terrifying classic, which has since spawned three sequels, two prequels, two spin-offs, and waves of other media from graphic novels to video games. There really is no stopping the titular extra-terrestrial, is there?! Yikes!

So we’re now six films deep into the franchise (we’re not counting the two non-canon Alien vs. Predator spin-offs). But there’s also a new Alien TV series in the works from Noah Hawley, and even a new movie from director Ridley Scott, which is rumored to be a third prequel.

So while we wait for the next installment, whether it’s the TV series or the movie, there’s no better time to rank the Alien movies from worst to best (it’s something we’ve been dying to get off our chests).

The fourth film in the official Alien series, and the last one before Ridley Scott decided to go down the prequel route, Alien: Resurrection (1997) finds us in deep space once again, where a new breed of Ripley (Sigourney Weaver) must battle a new breed of xenomorphs. But while the Alien vs. Predator movies are the hybrids, Resurrection is a mish-mash of all kinds of nonsense!

You see, Ripley isn’t actually Ripley — she’s the umpteenth clone of her former self, as the evil Weyland-Yutani Corporation has been trying to acquire xenomorph DNA (Ripley died with an alien inside her in the third movie). And there’s a really weird-looking xenomorph in town this time around too, as well as a bunch of characters who feel like they belong in a video game.

So, space pirates, hilarious alien hybrids, and a superhuman-Ripley who can play basketball better than your average NBA player? Yes, Resurrection is one of those movies that’s so bad it’s good! The franchise-killing sequel was written by Buffy the Vampire Slayer creator Joss Whedon, who has since expressed, in his own words, that he feels the film is a poor adaptation of his script.

Despite what you might think of Ridley Scott’s Prometheus (2012), its ambition to reach for the stars is admirable. Razor-sharp cinematography, unnerving body horror, and an extreme sense of isolation are the perfect ingredients for a prequel to the Alien movies. So why doesn’t this feel like one? What’s missing from this epic sci-fi blockbuster?

First of all, much like George Lucas’ Star Wars prequel trilogy, Prometheus opts for an entirely different aesthetic to the original films, and though it’s set some 30 years before Alien (1979), it looks far more futuristic, which makes the film much less relatable. And while of course there’s plenty of horror to be found in Prometheus, it’s far more existential pondering than it is existential terror.

And in its quest to search for the origin of mankind (which would have been fascinating in any other franchise), the film raises more questions than it answers, all the while trying to answer one no one had asked: where did the xenomorphs come from? Not only does the explanation undermine the original film’s terrifying chance-discovery of a nightmare-organism, it doesn’t even make that much sense anyway!

Alien: Covenant (2017) is easily the most frustrating of the Alien movies (which is saying something next to its predecessor Prometheus). After the very divisive reception to the 2012 prequel, the studio clearly took steps to make the sequel much more ‘Alien’ in nature (the clue is also in the name!). With that said, Covenant doesn’t really feel a prequel or a sequel.

The sixth installment in the series follows a team of scientists as they transport some 3,000 colonists to a distant planet which they intend to make mankind’s second home. But en route, they pick up a distress signal from an unknown planet, and, being the kind of highly-intelligent people mankind has entrusted with colonizing a new world, decide to investigate.

Ridley Scott’s prequel-sequel (or sequel-prequel?) is a film of two halves. The first half feels like an Alien prequel, but the second half is very much a Prometheus sequel, and it’s here where Covenant ultimately suffers. Until the jarring midway-shift, though, it’s pure white-knuckle-tension stuff, with an atmosphere even the xenomorph’s acidic blood couldn’t cut through. But sadly, it just isn’t enough to save the film.

As far as the main Alien movies are concerned, Alien: Resurrection is by far the most widely-hated entry, but this doesn’t mean that Alien 3 (1992) isn’t a major bone of contention within the fanbase in its own way. To say that it’s equally-hated, though, would be quite a stretch, but it still commits some unforgivable sins before the opening credits are over, which might just be a first in any film!

The third entry in the series sees Ripley crash-land on a grim planet, whose only inhabitants are the inmates of a correctional facility. But if you think Ripley is going to be reunited with Hicks (Michael Biehn) and Newt (Carrie Henn), think again, because both characters have already died off screen by this point (which remains a huge point of controversy with the franchise).

Somehow, though, despite killing off two beloved characters before it even starts, and suffering a huge downgrade in quality, David Fincher’s Alien 3 isn’t as bad a movie as you might remember. Perhaps it’s because it’s still a pretty effective horror, or that it offers closure on Ripley’s long nightmare (at least before she gets cloned into a super-human basketball player).

Alien 3 also stars Lance Henriksen (a human-Bishop), in one of three roles throughout the franchise, having also appeared in Aliens (1986) and Alien vs. Predator (2004)!

If space tourism existed, then Alien would have done for that industry what Jaws (1975) did for beach holidays. We can imagine the tagline now: Just when you thought it was safe to go back into space! Fortunately, we aren’t able to go on intergalactic excursions, but that doesn’t mean Ridley Scott’s sci-fi horror doesn’t drag its viewer into the coldness of space for the ride.

Alien assaults your senses long before it introduces the xenomorph, with its claustrophobic settings, an increasing sense of dread, and the crushing isolation of deep space. And to pull you in even further, the film has a strangely relatable feel to it, with characters who feel so lived in (no pun intended). In short, these people aren’t astronauts — they’re blue-collar workers.

Another genius move is how no one is the main character — Ripley only picks up that mantle by default when she becomes the last survivor of the Nostromo, after the rest of its crew is wiped out by the deadliest creature to have slithered onto the silver screen. We’re just glad we didn’t see this in the theater, because that’s where everyone can hear you scream!

Five years before James Cameron made cinematic waves with Terminator 2: Judgement Day (1991), which is generally considered one of the greatest (and superior) sequels of all time, he brought Aliens to the big screen, a film that is also arguably better than its predecessor. But even if you don’t think it is, you’ll probably at least agree that it’s equally good.

After drifting through deep space in hypersleep for 57 years (during which she thankfully didn’t sleep with her neck in even the most slightly awkward position), Ripley wakes to find that a hive of xenomorphs has taken over a colony on the planet LV-426. So, acting as a consultant, she accompanies a unit of hardened marines on what is definitely not “another bug hunt”!

James Cameron’s sequel doesn’t just up the ante with more action, more aliens, and higher stakes, it expands the universe (quite literally) first created in Ridley Scott’s 1979 film. It also delivers a bunch of interesting new characters in the process, with the likes of droid Bishop (Lance Henriksen) having long since become a fan-favorite.

Aliens also stars Carrie Henn (Newt), Michael Biehn (Hicks), and the late Bill Paxton (Hudson), who once pointed out that he’s the only actor to have been killed by a xenormorph, a Terminator, and a Predator!

How would you rank all the Alien movies?