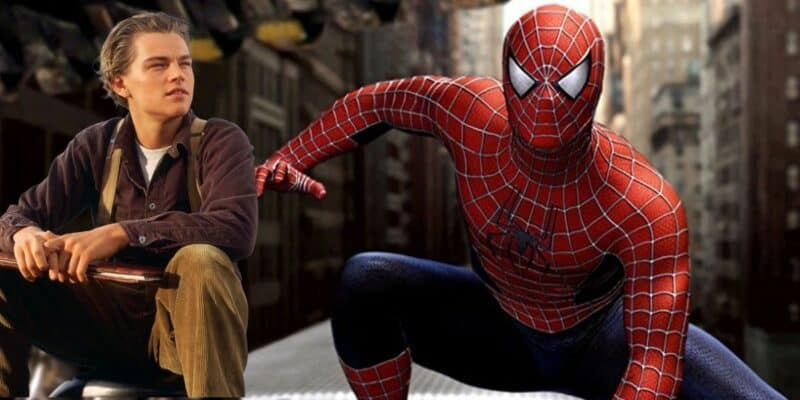 When it comes to Spider-Man, there have been multiple iconic actors who have taken on the web-slinging superhero.

Then, Andrew Garfield ran with the baton with The Amazing Spider-Man (2012) and the Amazing Spider-Man 2 (2014). Afterward, Garfield lost the role, and we were once again unsure as to who was going to play Parker. On top of that, Disney was also acquiring Marvel while Sony still had the rights to the film, causing some chaotic drama. Tom Holland has since represented the role of Peter Parker in the past two Spider-Man films, with the third and highly anticipated Spider-Man: No Way Home, releasing in theaters on December 17.

In No Way Home, Tom Holland (Peter Parker/Spider-Man) and Zendaya (MJ) are joined by Benedict Cumberbatch (Doctor Stephen Strange), Jon Favreau (Happy Hogan), Marisa Tomei (Aunt May), Jacob Batalon (Ned Leeds), and the villain with great power Alfred Molina’s Doctor Octopus. There are rumors that the previous Spider-Man actors will return to the Multiverse, but nothing is confirmed.

But what if we told you that the entire chain of Spider-Man actors could have come crashing down if a certain director had control? It seems that James Cameron was in the market to create a Spider-Man film, and to this day deems it “the greatest movie I never made”. Culture Crave (@CultureCrave) Tweeted about the possible movie, which would have been a sex-charged Marvel film starring Leonardo DiCaprio and Arnold Schwarzenegger!

He wanted Leonardo DiCaprio & Arnold Schwarzenegger to star in it

He wanted Leonardo DiCaprio & Arnold Schwarzenegger to star in it

The script was also a lot grittier and featured a full sex scene where Spidey webbed Mary Jane to the Brooklyn Bridge pic.twitter.com/XvrXiW31RL

Although many Disney fans may recognize Cameron as a director for Avatar (2009), we must remember Cameron worked with Leonardo back in 1997 on the iconic film Titanic. Schwarzenegger would have been well-known for a variety of films, such as The Terminator (1984), which Cameron worked on, as well as the villain Mr.Freeze in Batman and Robin (1997), he would have played Doctor Octopus.

Cameron’s ideal Mary Jane casting was Nikki Cox, and it seems that he was planning on ensuring that she and Spider-Man had a much steamier kissing scene than being upside down and kissing in the rain. The interesting thing here is that there was actually a script developed for the project, so it was more than just a fleeting idea. It seems that the script is actually available if you click here!

In 1990, Carolco Pictures originally bought the rights to Spider-Man from Menahem Golan for 5 million and were planning a 50 million budget version of the film. Carolco then hired James Cameron to write, direct produce, but Carolco wouldn’t pay if Cameron submitted a script. Toward the end of shooting True Lies, Variety carried the announcement that Carolco Pictures had received a completed screenplay from James Cameron.This script bore the names of James Cameron, John Brancato, Ted Newsom, Barry [sic] Cohen and “Joseph Goldmari”, a typographical scrambling of Golan’s pen name (“Joseph Goldman”) with Marvel executive Joseph Calamari.

The “scriptment” told the Spider-Man origin, but used variations on the comic book characters Electro and Sandman as villains. This “Electro” (named Carlton Strand, instead of Max Dillion) was a megalomaniacal parody of corrupt capitalists. Instead of Flint Marko’s character, Cameron’s “Sandman” (simply named Boyd) is mutated by an accident involving Philadelphia Experiment-style bilocation and atom-mixing, in lieu of getting caught in a nuclear blast on a beach. The story climaxes with a battle atop the World Trade Center and had Peter Parker revealing his identity to Mary Jane Watson. In addition, the treatment was also heavy on profanity, and had Spider-Man and Mary Jane having sex on the Brooklyn Bridge.

The cast would have been as follows:

In the end, James was unable to fully acquire the rights to the franchise and was then not able to develop the film.

Would you have watched this version of Spider-Man? Let us know in the comments below!