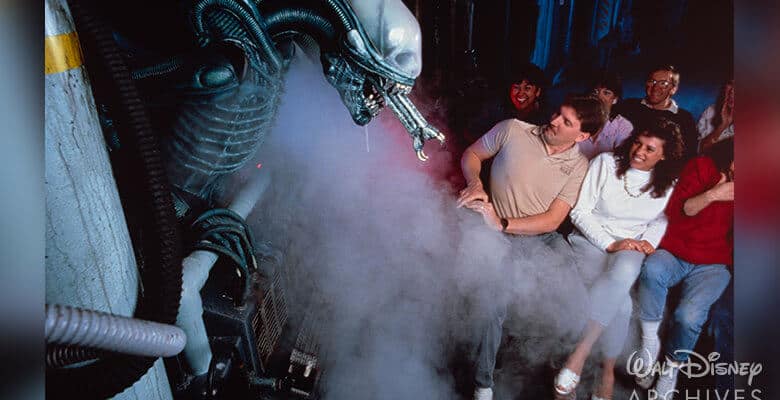 When people think Disney, often the first things that come to mind are theme parks, kids, movies, a castle, magic, and family — the Walt Disney Company has created quite the wholesome and G-rated brand over the years, that humans can relate to at any given age in their life.

That’s why it is very interesting to see what Disney plans to do with IPs that slightly challenge their brand. Even Disney’s latest horror anthology Just Beyond is going to be a family-friendly comedy, so it isn’t too often that we get to see Disney take risks with more PG-rated content that is not so suitable for kids.

If you are familiar with the Alien franchise, stemming from the 1979 science fiction horror film directed by Ridley Scott starring Tom Skerritt, Sigourney Weaver, Veronica Cartwright, and more, you likely know of the huge success the original film had.

It ended up becoming its own franchise with Aliens (1986), Alien 3 (1992), and Alien Resurrection (1997) being created, then a crossover franchise was created with the Predator franchise (that Disney is actually rebooting) which gave audiences the Alien vs. Predator films: Alien vs. Predator (2004) and Aliens vs. Predator: Requiem (2007). Finally, Scott also directed two sequel films for the franchise, Prometheus (2012) and Alien: Covenant (2017). Needless to say, Alien has quite the following.

Although Disney acquired Fox recently — now 20th Century Studios —  which gave them the rights to the rated R Alien franchise, this is not Disney’s first jaunt with the series. In the now extinct Great Movie Ride, there was once a scene from the film. Also, the infamous ExtraTERRORestrial Alien Encounter was actually originally set to be Nostromo, a ride based on the Alien franchise. The ride idea, however, was scrapped due to the film’s rating, so it is interesting that now, Disney wants to keep the Alien franchise in its repertoire.

It has been rumored that Disney could be fully rebooting the franchise in the form of both full-length films and shows for streaming. Apparently, though, Disney doesn’t have any plans to make the franchise’s action and horror elements any more family-friendly since releasing the new Alien films and shows under the 20th Century Studios or Hulu brand would allow The Walt Disney Company to gear the content more toward adults anyway.

We also need to remember that Disney now owns Hulu, as well — a streaming service that does not need to perfectly fit the family-friendly Disney mold, so it is possible that Disney could carry out the franchise as it once was depicted. Especially considering Scott has wanted to release a third prequel to create a trilogy.

This all being said, it would be an interesting move for Disney, considering the franchise’s nature and mature content are exactly why Disney has stayed away from the film IP in the past. Because of this, one may speculate that the only way Disney would now take on the franchise would be to create a family-friendly version of Alien. At this point, however, this thought is purely specualtion.

Disney is now beginning to create some more R-rated content with Deadpool 3 in the works starring Ryan Reynolds which falls under their Marvel hat, a predominantly family-friendly branch of the company.

For now, we will just need to wait and see how Disney decides to integrate Alien into their brand, and what direction the company will choose to take.

Do you want to see more of the Alien franchise? Do you think Disney will enhance or ruin a possible Alien series or film?