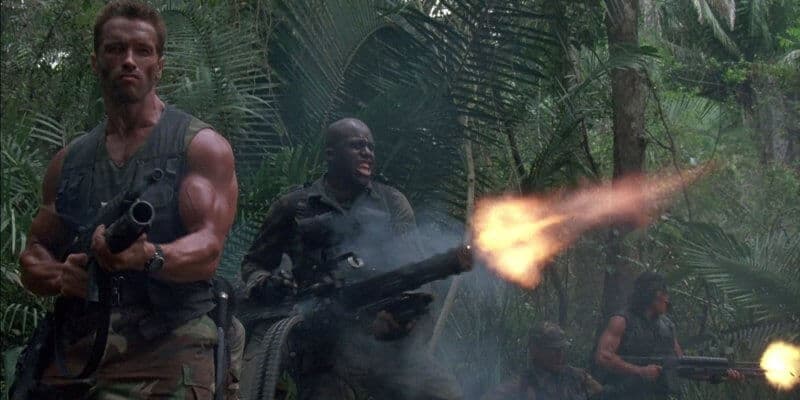 If there’s one thing Disney fans don’t associate with the House of Mouse, it’s horror movies.

Thanks, however, to The Walt Disney Company’s 2019 buyout of Fox’s entertainment division — including 20th Century Studios (formerly 20th Century Fox) films — there’s a whole new opportunity to explore the action and horror genres.

Disney has just announced plans to reboot the Predator franchise with Black Mirror and 10 Cloverfield Lane (2016) director Dan Trachtenberg at the helm.

For those unfamiliar with 10 Cloverfield Lane, the movie has a Blair Witch Project-like cinematography style, in which the characters themselves are filming the action. The horror flick follows the tale of a young woman who finds herself being held in a fallout shelter amid a massive chemical attack that aims to wipe out a huge percentage of the world’s human population.

Little is currently known about Trachtenberg’s Disney Predator movie, except that he will direct and it will be a follow-up to The Predator (2018), which was maligned by critics and fans. As per MovieWeb:

Despite the involvement of Shane Black, The Predator proved to be a huge disappointment to fans of the franchise, and to people who like their movies to be, well, good. Trachtenberg’s sequel will reportedly move away from The Predator, which ended with the U.S government developing Predator killer technology to fight back against the ugly invaders and will instead likely act as a reboot for the franchise now that it is in the hands of Disney.

The Predator franchise has existed since 1987, when Arnold Schwarzenegger, playing a character named Dutch, battled Predator in the Central American jungle. The classic 1980s action movie remains the unarguable favorite among fans of the franchise, despite multiple sequels.

Disney and Trachtenberg have their work cut out for them if they are to successfully reboot this particular action-horror movie series.

Are you looking forward to seeing Disney’s take on Predator?