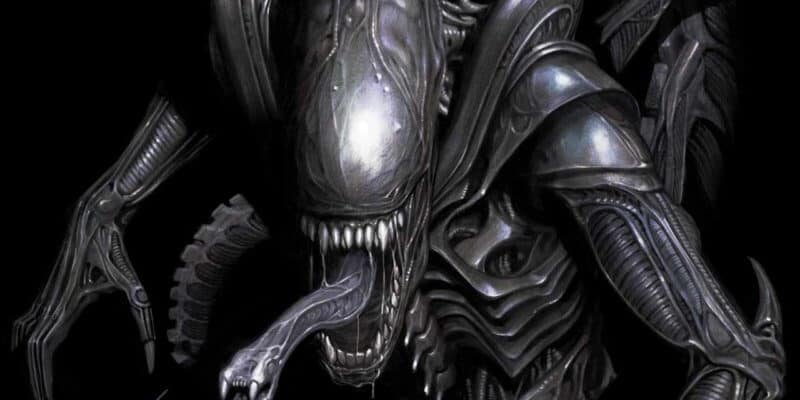 If you are looking for some more gruesome and scary looking creatures in the Marvel franchise, get ready for terrifying aliens to occupy your comics.

Before Disney even acquired the rights for the franchise, Alien always had a home at Disney. If you ever rode The Great Movie Ride at Disney’s Hollywood Studios before the attraction was converted into Mickey & Minnie’s Runaway Railway, you likely remember that Alien had an entire scene within the attraction. Although we can no longer step into the movie through the ride, Disney is not done with Alien yet.

Marvel on Monday announced its first new Alien stories. Alien #1, the first issue of a new series, will debut in March 2021. Phillip Kennedy Johnson (Empyre: Captain America) writes the series, which features Salvador Larroca’s art (Doctor Doom). In a press release, Marvel states the series will include both new and classic characters from the Alien mythology.

The synopsis provided by Marvel “the new story will feature a Weyland-Yutani mercenary named Gabriel Cruz as he battles a deadly new breed of xenomorph with the survival of his child hanging in the balance. No stranger to infusing horror with the classic Marvel storytelling, Phillip Kennedy Johnson most recently shocked readers in the terrifying Marvel Zombies: Resurrection series.”

Writer Phillip Kennedy Johnson states, “the new story will feature a Weyland-Yutani mercenary named Gabriel Cruz as he battles a deadly new breed of xenomorph with the survival of his child hanging in the balance.” Johnson, who typically infuses horror with the classic Marvel storytelling is not new to creating these horror based comics as we can see from the latest, Marvel Zombies: Resurrection series.

Salvador Larocca, illustrator for the comics, only furthers the idea that this series will be nightmare-inducing, mentioning, “now I have the opportunity to bring my favorite nightmares to life. And, with my insanely talented friends at Marvel and some of the greatest artists in comics telling these stories with me, I can promise you: our nightmares will be yours.”

It will be interesting to see if a TV show is ever created from this idea and if so, will Disney stay true to the horror aspect, or change it up a little? It’s worth noting that Disney has already confirmed it will reboot the Predator franchise, which has strong ties to Alien.

Do you think we will see Alien on Disney+?

Comments Off on ‘Alien’ Franchise Coming To Disney