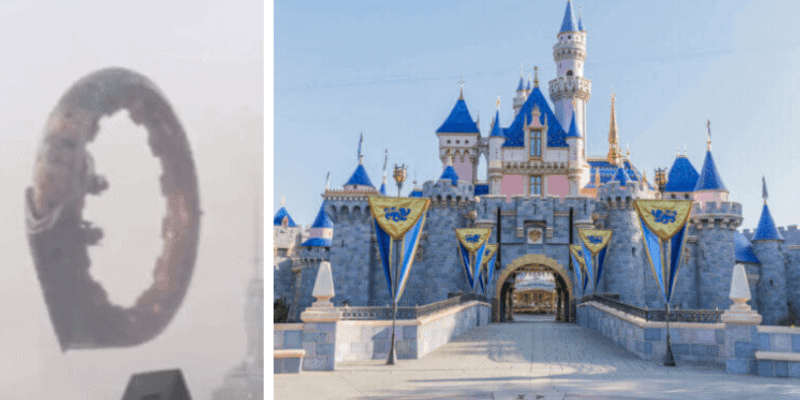 It seems that everyone wants to go to Disneyland — even extraterrestrials!

On March 8, 2020, a mysterious Unidentified Flying Object (UFO) was spotted over the Disneyland Resort in Anaheim, California. YouTuber Lucky35a captured a video and uploaded the following footage:

The giant black ring seems to be just hovering or moving slowly. To some, the object may just appear to be a smoke ring that’s somehow bonded together, and it’s probably just the smoke leftover from the fire effects of World of Color at Disney California Aventure. To others, the ring UFO kind of looks like the alien ship used by Thanos’ cronies we saw in Avengers: Infinity War…

But that’s not the weird part.

Sightings of this circular UFO hav been reported before. According to ibtimes.com, it was also spotted in nearby San Diego, and way back in the late 1950s at an Army base in Virginia. Scott Waring of ET Data Base noted that in 1957, an Army Private spotted a black ringed object in the sky and caught it on camera. The Private’s account wasn’t declassified until 1966.

“One morning in September, 1957 an Arm private at Fort Belvoir, Va. was called from his barracks by his buddies to witness what appeared to be a black, ring-shaped UFO approaching. The private grabbed his Brownie camera and snapped 6 pictures of it, of which this was the first. After about 5 minutes, the black ring, which appeared “solid” to the soldier and glided steadily along, began to be ‘engulfed in white smoke.'”

You can see those photos here:

Now, we have to be practical and a little skeptical about the situation. Yes, there are attractions at the Disneyland Resort and other establishments in the Anaheim area that could potentially cause a smoke ring to appear like a UFO over Disneyland–specifically, what appears to be Disney California Adventure Park. And yes the Air Force could be doing some super-secret project.

But, honestly, we wouldn’t be surprised if it was a UFO. If extraterrestrials had the technology to travel lightyears to visit Earth, why wouldn’t they want to visit the place coined “The Happiest Place on Earth”?

Craving a trip to Disneyland yourself? Our friends at Academy Travel are here to help. Backed with years of experience, they know what it takes to get you the best possible deal on your next Disneyland resort vacation. Click here to learn more and receive your free, no-obligation quote today!

Related: Rope Drop to Fireworks: 5 Tips for Staying from Open to Close at Disneyland

What do you think? Think it was a UFO? Do you think it was the first time aliens tried to visit Disneyland? Let us know in the comments!