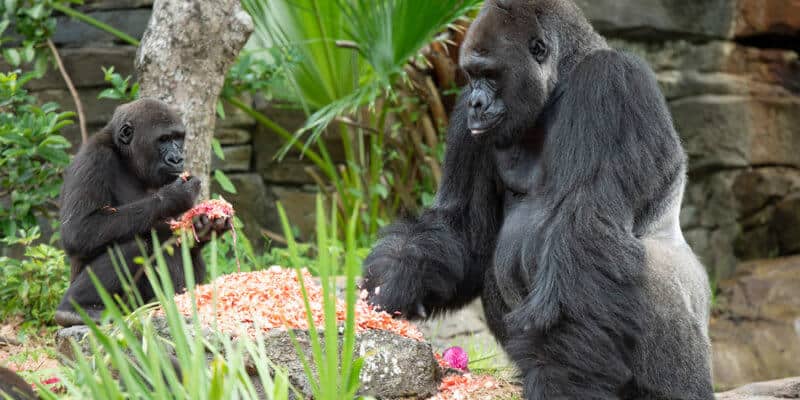 Animal Kingdom is just one of four theme parks at Walt Disney World. Filled with various animal species, wildlife, and exciting attractions, this theme park is unique in many ways. One way it is different from the other three Parks — Magic Kingdom, EPCOT, and Disney’s Hollywood Studios — my surprise you.

As we mentioned before, Disney’s Animal Kingdom is home to many different animal species and wildlife. But have you ever wondered what could happen if an animal ever gets loose and escapes?

Well, in case of an emergency, and if an animal ever does escape, Disney has a plan. In fact, that is why every restroom at Animal Kingdom has a lock on its entrance door!

When you walk into a Walt Disney World restroom, a majority of them do not have entrance doors. This is to help the flow of traffic. However, at Disney’s Animal Kingdom, Imagineers made sure that the bathrooms had entrance doors as well as locks on them just in case an animal ever escaped, Guests have somewhere safe to hide until the animal is back in the hands of a Disney Cast Member!

We do want to note that an animal getting loose at Disney’s Animal Kingdom is very unlikely and Imagineers included the entrance door and lock just in case of an emergency.

Did you know this fun fact about why bathrooms at Animal Kingdom have entrance doors and locks? Let us know in the comments below.

Do you want to visit the Disney Parks on your next vacation? Start planning today!