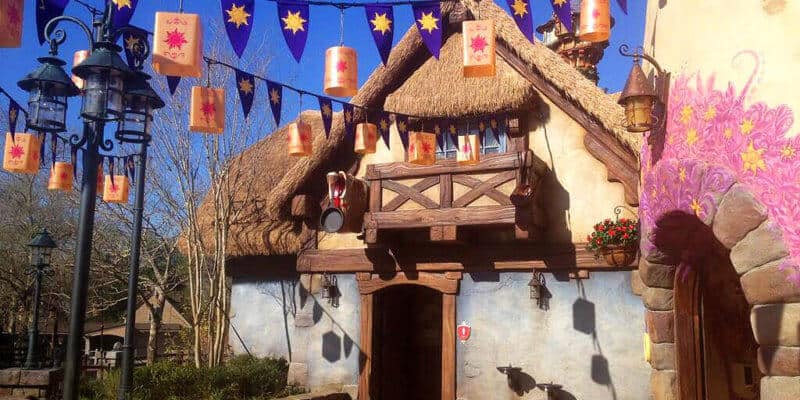 Have you ever noticed that when walking into a Disney Park restroom at Disney World or Disneyland, there are no mirrors near the sink? Well, there is actually a reason as to why!

As you can see in Christine K.’s Instagram post below, there are no sink mirrors inside the restrooms at Pandora – The World of Avatar, for example. This goes for several other bathrooms located inside the theme parks at Walt Disney World Resort and Disneyland Resort as well.

This is so Guests can still have a mirror inside the bathroom if needed for touching up their makeup or putting their hair up into a ponytail, or anything else they may need, all while still eliminating crowds near the sinks and stalls.

The blissful lack of bathroom lines seems to fall under this category of meticulously thought-out, experience-enhancing design. Although some seem to believe that the lack of mirrors is to discourage vandalism, there does seem to be a consensus that Disney’s conspicuous lack of mirrors over the sinks in most theme park bathrooms is a matter of preserving the flow of traffic—as one Disney custodian (purportedly) anonymously confirmed on Quora.

The bathrooms typically have one large mirror inside near the entrance for guests to use as needed. But by eliminating a the potential bottleneck of people checking themselves in the mirror as they ostensibly wash their hands—getting more guests through the stall-then-sink process more quickly—Disney has attained the not-small feat of nearly line-free bathrooms.

Related: Yup! There Really Are Two Bathrooms in Liberty Square

So now you know — the real reason that Disney World and Disneyland bathrooms do not have sink mirrors, but instead have one large mirror at the entrance/exit of the restrooms is to help with the flow of traffic. By not having sink mirrors, Guests spend less time near the sinks, which are also near the stalls, and allows for Guests to be in and out and alleviate crowds.

Did you know this fun fact about why Disney bathrooms do not include sink mirrors? Let us know in the comments below.

Do you want to visit the Disney Parks on your next vacation? Start planning today!