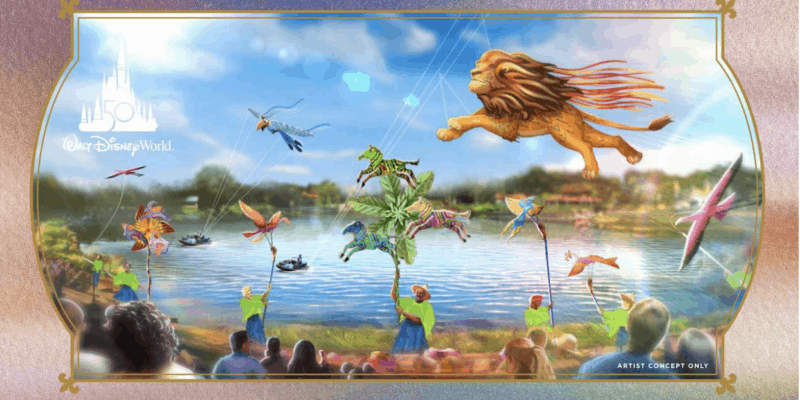 In case you missed it, Disney announced that a new daytime show — Disney KiteTails — would be coming to Disney’s Animal Kingdom for the 50th anniversary. This news comes months after they announced that the nighttime show, Rivers of Light, was ending its run.

We have already seen construction moving quickly on the upcoming show, but now, as we continue to inch closer to the official debut of Disney KiteTails, we know that this daytime experience will have multiple showtimes throughout the day!

Guests can also now add Disney KiteTails into their plans on My Disney Experience, ensuring that you won’t miss out on this spectacular experience once it debuts on October 1.

Related: Happily Ever After Officially Gets New Showtime Ahead of Retirement

The Walt Disney World website describes the upcoming experience as: