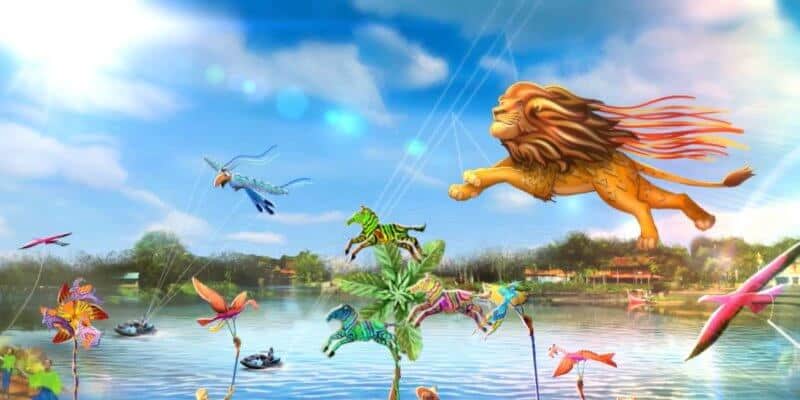 Disney’s Animal Kingdom will be receiving a brand new daytime show for the 50th Anniversary celebration of the Walt Disney World Resort.

Here are all the details you need to know about this exciting new entertainment offerings, including when it debuts!

Here is what Disney Parks Blog had to say about the new show coming to Disney’s Animal Kingdom starting October 1. The show is called Disney KiteTails and appears to be a colorful show depicting the beauty of animals:

This is not the only new offering coming to Walt Disney World for the Resort’s 50th Anniversary Celebration. Disney also announced that a brand new nighttime spectacular will debut at Magic Kingdom. The show is titled, Disney Enchantment, and you can read more details on that show here. While Happily Ever After is returning to nightly performances starting July 1, it will be replaced by Disney Enchantment on October 1. No word yet on if Happily Ever After will return once the 50th-anniversary celebrations end.

In addition to all of that wonderful news, Disney fans also got a set debut day for the highly anticipated HarmonioUS at EPCOT. HarmonioUS will debut on EPCOT’s World Showcase Lagoon on October 1. You can read more details about this exciting new show here.

Are you excited to see this new show come to life at Disney’s Animal Kingdom? Let us know in the comments!

Want to book a Walt Disney World Resort vacation to experience the 50th Anniversary Celebration in person? We can help! Click here for more information and begin planning your magical vacation today!