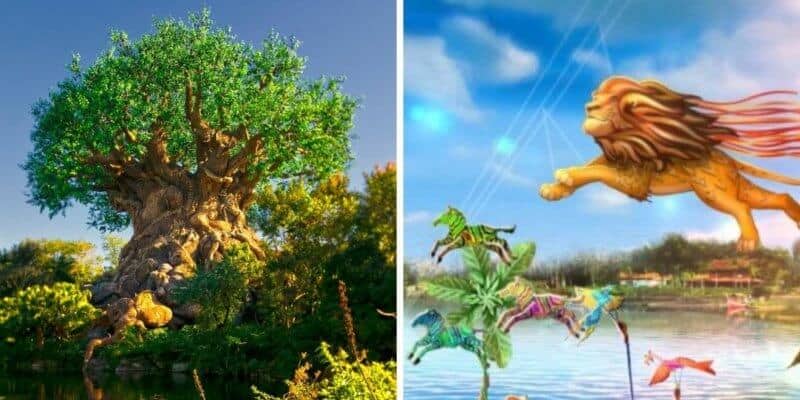 Disney announced that a new daytime show would be coming to Disney’s Animal Kingdom for the 50th anniversary. This news comes months after they announced that the nighttime show, Rivers of Light, was ending its run.

This is big news for the theme park and so, we wanted to know how fans really feel about Disney’s Animal Kingdom receiving a new daytime show. Here’s what we found out.

This is huge news for Animal Kingdom because when it comes to daytime entertainment, aside from Festival of the Lion King and Finding Nemo the Musical (which is not currently running), the theme park has not really offered anything since Mickey’s Jammin’ Jungle Parade, which opened October 1, 2001, as part of the 100 Years of Magic Celebration.

Animal Kingdom did host Rivers of Light, which was a nighttime show, however, that offering recently came to an end. Prior to that, the Park hosted another nighttime show called The Jungle Book: Alive With Magic, but that had a limited run.

With all of this being said, we wanted to know how fans felt about the new daytime show coming to Animal Kingdom. Though many are excited to see Animal Kingdom finally get a daytime show, some feel it is a bit underwhelming.

See, I’m easy to please. Kites on the water at Animal Kingdom? Finally a daytime show I’ve been wanting? It could probably have a better budget but at least it’s something. A parade on the water would have been better but it’s a start. #WDW

See, I'm easy to please. Kites on the water at Animal Kingdom? Finally a daytime show I've been wanting? It could probably have a better budget but at least it's something. A parade on the water would have been better but it's a start. #WDW

And Twitter user La Reina Crole (@LaReinaCreole) shared how excited they are for the upcoming show:

And a very cool daytime show at the Animal Kingdom! #DisneyWorld #DisneyWorld50 https://t.co/kMbHno0lMt

Others, on the other hand, were ecstatic when finding out this news. Twitter user Chris (@ropedropchris) replied to reporter Ashley Carter’s Tweet, saying:

And Inside the Magic Facebook follower Leona Z. implied she would not be at the opening and is hopeful someone will stream it!

Somebody please stream it.

Another user, however, misses Rivers of Light and wishes Animal Kingdom would bring it back. Mike C. commented on our article saying:

Bring back Rivers of Life!!!

All in all, many are excited to see Animal Kingdom receive a new daytime show, although, some feel that the theme park still could offer more entertainment or something different.

Remember, Disney KiteTails will debut on October 1, 2021, as part of the 50th anniversary celebration at Walt Disney World. For more information on Disney World’s 50th, visit our website here.