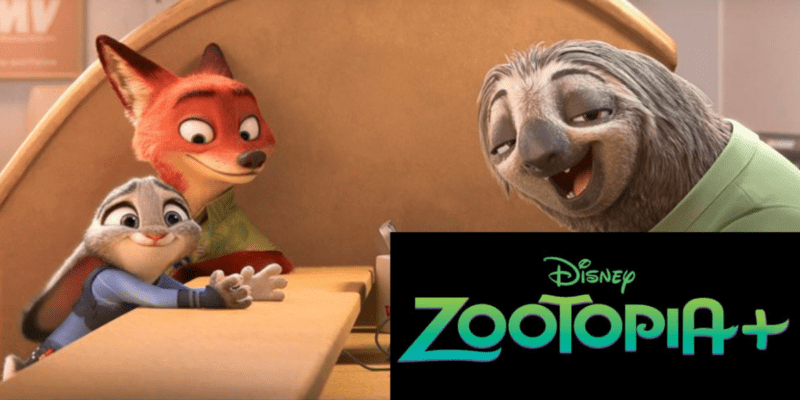 Set to premiere on November 9th, 2022, Zootopia+ brilliantly invites Disney+ subscribers to return to the shining city of Zootopia with all their furry friends from the 2016 film. However, keen-eyed individuals will note a surprising absence of the film’s leads. As much as the new trailer has revealed episodes featuring Mr. Big, Clawhauser, and Cheif Bogo, Nick and Judy have been nowhere to be found.

This might be only meant to tease the viewers to increase the show’s interest, but a Zootopia spinoff without the film’s main characters seems like something that would give fans pause. There’s nothing wrong with exploring other characters, a setting like this practically begs the project to dive into such a huge cast of colorful critters, but that doesn’t mean something isn’t lost by omitting the movie’s power couple. Does that mean Nick and Judy won’t get their own exploits in the upcoming series? No, but does seem incredibly strange nevertheless.

Audiences everywhere fell in love with the pairing of Hopps and Wilde just a few short years ago, so their absence from Zootopia+’s promos is a bit more than noticeable. While Judy does have a brief appearance in the footage for the episode ‘Hopp on Board,” Nick has no appearance what so ever thus far. On one hand, this might only be speculation and the pair might make their triumphant return in the show’s season finale or a teaser for the rumored Zootopia sequel. On the other, however, it might also subtly squash the hopes of both of them returning to the big screen.

It must be understood that this is all purely speculation, as no true assumptions of the franchise can be made until after the show has made its debut. However, Zootopia is a film that the studio really should revisit in terms of potential. Although it is still shockingly living in Frozen’s shadow, the movie was certainly a success and very popular amongst fans. It had a gorgeous art style, lovable characters, and perhaps some of the most mature storytelling from Disney since The Hunchback of Notre Dame. Pair that with its anti-prejudice message, it’s honestly unknown why Disney didn’t push this film further.

Zootopia+ premieres this Wednesday, and (hopefully) the new series will shed some light on what fans can expect from the lives of the mammals that call the districts home. Nick and Judy might make their triumphant return to the screen, they might not. No matter what happens, fans can expect a return to the city this week. All they have to do is tune in.

Are you excited for Zootopia+ Tell us in the comments below!