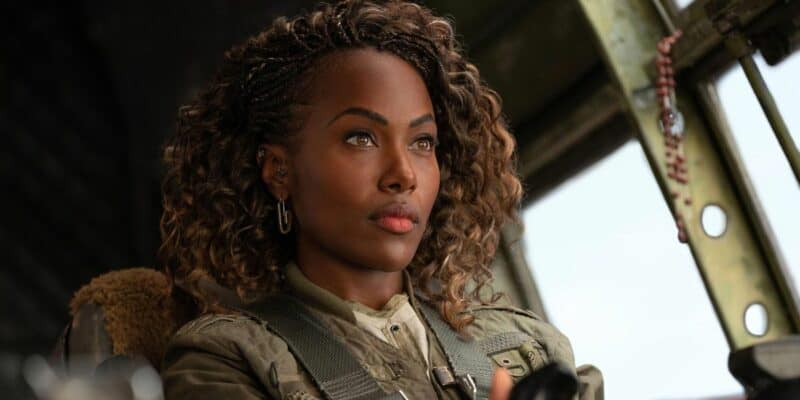 Jurassic World Dominion has become the second highest-grossing film of 2022. While the film is touted as the final entry in the Jurassic Park/Jurassic World franchise, we’re still not convinced that Universal Pictures suddenly intends to put all their dinosaur embryos into cold storage.

It seems a little unfair that plenty of major cinematic franchises have churned out their own television shows in recent years — with Star Wars and Marvel being the most obvious examples — when Jurassic Park is yet to be given the small screen treatment.

We can’t think of a better way for the franchise to move forward beyond Jurassic World Dominion than its own live-action TV show, especially when you consider just how popular this medium of entertainment has become over the last couple of years with all the streaming services.

And while we do have the animated show Jurassic World Camp Cretaceous (2020), let’s not pretend it’s anywhere near as good as people say it is. Ideally, a Jurassic Park/Jurassic World TV series could do what the latest film fails to do — fully explore the global dinosaur problem.

Open-world video games have always been incredibly popular, which owes thanks largely to the likes of mega titles such as Grand Theft Auto and Red Dead Redemption. But over the past year or so, it seems that publishers and developers have finally recognized their market value.

Last year, it was announced that Ubisoft is developing not one, but two open-world games based on popular movie franchises — Star Wars and Avatar. The former is years away, while Avatar: Frontiers of Pandora (2023) is due out next year.

And then of course there’s Hogwarts Legacy (2023), which was recently delayed and given the new release date of February 10, 2023. We think it’s only a matter of time before Jurassic Park/Jurassic World finally gets the open-world treatment it deserves. Just hold onto those butts.

We’ve already talked about how it’s unfair that franchises such as Star Wars and Marvel seem to be able to have their cake and eat it by dominating both the movie theater and streaming services, but we think that Jurassic Park also deserves its very own prequel trilogy.

Jurassic World Dominion might have been torn apart by critics in the same way greedy lawyer Donald Gennaro (Martin Ferrero) was by the tyrannosaurus rex in Jurassic Park (1993), but one can’t deny just how much potential the latest Jurassic sequel wields.

While it would seem that some of this potential has gone to waste, never say never. We happen to think there’s plenty to love about Jurassic World Dominion, from the characters to all the dinosaur action, but we’d be lying if we said that it doesn’t squander some incredible ideas.

But just because it’s the last one (although producer Frank Marshall doesn’t seem to think so), that doesn’t mean the concept of dinosaurs living among us can’t be continued in a comic book series. And let’s not forget that this franchise is no stranger to the page, as it started in the form of the best-selling novel by Michael Crichton.

Jurassic World Dominion has grossed over $974 million at the global box office, and while it falls short of Jurassic World (2015) and Jurassic World: Fallen Kingdom (2018), which grossed $1.6 billion and $1.3 billion, respectively, that’s still a huge success for Universal Pictures.

So it’s hard to believe that the studio intends to call it a day. Whether it’s a prequel, a spin-off, or a sequel, or perhaps even a movie that doesn’t feature dinosaurs and introduces something new, a seventh Jurassic Park/Jurassic World movie will most likely happen at some point in the future.

What would you like to see happen next in the Jurassic Park/Jurassic World universe? Let us know in the comments down below!