Colin Trevorrow Teases the Enormous Scale of the Dinosaur Problem in 'Jurassic World: Dominion' - Inside the Magic 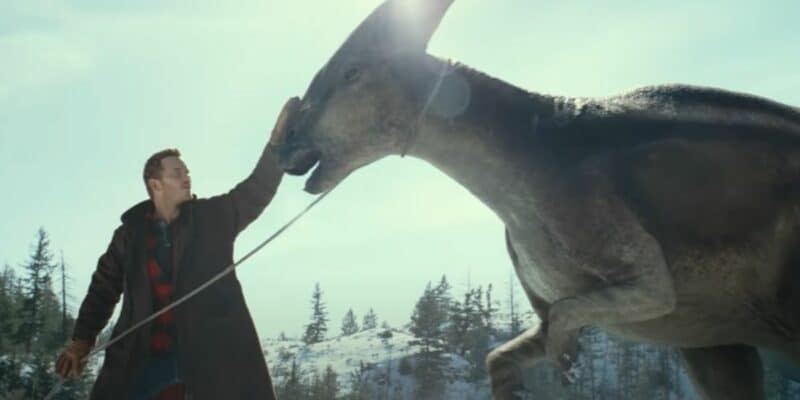 Jurassic World: Dominion (2022) is the gift that just keeps on giving — and the strange thing is that it’s not even out in the theaters yet! Whether it’s the epic prologue, the official trailer, featurettes, posters, or 2022 Winter Olympics teasers featuring dinosaurs from the upcoming film, Jurassic World: Dominion hasn’t been short on publicity in the past few months.

And it’s really no surprise, considering that Jurassic World (2015) turned in an earth-shattering $1.6 billion at the box office, and its sequel, Jurassic World: Fallen Kingdom (2018), $1.3 billion. Needless to say, the sixth film in the Jurassic Park series (or Jurassic World, if you’re feeling particularly pedantic) is on track to be a record-breaker in its own right.

Director Colin Trevorrow has also offered plenty of snippets of information relating to the film too, whether it’s background to newcomers such as DeWanda Wise’s Kayla, or some biographical information on the dinosaur villains themselves, such as the Atrociraptor, which is seen chasing Chris Pratt’s Owen Grady through Malta in the epic trailer.

But now, it seems the director can’t seem to contain his excitement (and neither can we, but we’re really hoping he doesn’t end up spoiling the movie before it’s even out in theaters), as he has released a map that shows where all the dinosaur populations can be found throughout North America in Jurassic World: Dominion.

In the latter, which was uploaded to YouTube by Universal Studios late last year, following its theatrical release alongside Fast & Furious 9 (2021) in IMAX, after seeing non-genetically engineered dinosaurs during the Cretaceous Period, we jump forward 65 million years to the Sierra Nevada Forest, where the original Jurassic Park (1993) T-Rex is running amok.

The dinosaur, more affectionately known as “Rexy” by fans, has been living in that forest for four years after escaping Lockwood Manor in Jurassic World: Fallen Kingdom, and authorities have been trying to capture her ever since. Trevorrow confirmed this during an interview, and hinted that the upcoming blockbuster will conclude Rexy’s incredibly long story arc.

But Rexy is just a tiny part of the problem in Jurassic World: Dominion — as we know, dinosaurs are all over North America (it looks like there has been plenty of unauthorized breeding going on again). As you can see from the map shared by Colin Trevorrow on Twitter beneath the caption “It’s a problem”, dinosaur populations have emerged all over the country.

The map, which is named “North American Dinosaur Sightings”, appears to detail several dinosaur populations informed by all the numerous sightings, and there are so many different dinosaurs to take note of, from herbivores to the more villainous kind. Forget the trailer — from this map alone, it’s fair to say that Jurassic World: Dominion is set to be the most epic entry in the series.

While the presence of several dinosaur populations won’t come as a surprise to many, given just how much the trailer already teases, this is definitely a unique way to market a film, and falls under the term “viral marketing”, which the Jurassic World movies have been no stranger to, as the 2015 film had its own fake website based around the Masrani Corporation and the park.

What dinosaur are you most looking forward to seeing in Jurassic World: Dominion? Let us know in the comments below!

Comments Off on Colin Trevorrow Teases the Enormous Scale of the Dinosaur Problem in ‘Jurassic World: Dominion’