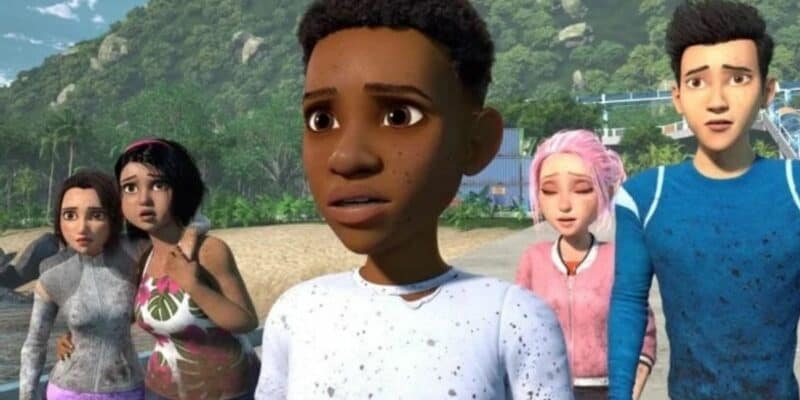 With a release date of June 10, the highly anticipated Jurassic World: Dominion (2022) is only weeks away. Originally scheduled for a 2021 release, like countless other movies, the Jurassic World entry was delayed for a year due to the COVID-19 pandemic, and Bryce Dallas Howard  recently talked about what it was like working with the rest of the cast while in lockdown.

Sam Neill has also talked about what it was like bringing the old and new characters from throughout the Jurassic Park series together. The movie unites Jurassic World characters with original Jurassic Park characters, and is being described by director Colin Trevorrow as “a culmination of the entire franchise“, and an “epic conclusion of the Jurassic era”.

Henry Wu (BD Wong) will also be appearing in Jurassic World: Dominion, who is the first character to have appeared in both the Jurassic Park and Jurassic World movies. In the original 1993 classic, Wu is a wide-eyed geneticist who has helped John Hammond (the late Richard Attenborough) realize his dream of building a theme park inhabited with dinosaurs.

However, from Jurassic World onwards, Wu is portrayed as a more ambitious and ruthless scientist, which is more in line with the character from Michael Crichton’s bestseller “Jurassic Park” (1990). In fact, there are many differences between the novel and the film, and the same can be said about its follow-up “The Lost World” (1995).

Henry Wu is also the only one of the returning characters who has appeared in Netflix’s Jurassic World: Camp Cretaceous (2020). The animated series revolves around a group of teenagers who become stranded on Isla Nublar following the evacuation of Jurassic World. Wu features mostly in Season 4, which begins to tie in with the events of Jurassic World: Fallen Kingdom.

But will any character from the show make an appearance in Jurassic World: Dominion? It would make sense, given that the upcoming sequel is allegedly the last in the series (although producer Frank Marshall recently hinted at future movies). Jurassic World: Camp Cretaceous Season 5 has also been confirmed as the final season.

While the trailer doesn’t feature anything that looks remotely connected to Jurassic World: Dominion, and as the show is set some during between the events of Jurassic World: Fallen Kingdom (Isla Nublar is still alive and well in the trailer), it’s possible that they could, in some shape or form, make an appearance, or at least get a small reference relating to their existence.

But is the show canon? Well, according to showrunner Scott Kreamer, it is, and this is supported by the fact that Colin Trevorrow, Steven Spielberg, and Frank Marshall are all executive producers. While the show is pretty childish at times, and more outlandish than the two most recent movies, this information does come from the horse’s mouth.

Animation is just another medium of storytelling, as are novels, comic books, and video games. And it’s a lot easier to accept something like Jurassic World: Camp Cretaceous if you imagine its events and characters are of course happening in live action within the continuity of the movies — or vice versa (after all, this isn’t Who Framed Roger Rabbit?).

Star Wars: The Clone Wars (2008 — 2020) is a great example — it’s absolutely canon, but if Obi-Wan Kenobi (2022) or Ahsoka (TBA) decide to revisit the show using flashbacks, scenes will of course be re-created in live action. The real issue with accepting Jurassic World: Camp Cretaceous as canon, we think, is that its main characters are totally invincible!

With that said, no one wants to see children get eaten by dinosaurs. And we’d be lying if we said that the movies themselves don’t abide by the rule of invincibility where those “younger versions of adults” are concerned. Whether it’s drop-kicking a raptor (one of many hated scenes in the entire series) or being electrocuted by 10,000 volts, these children are in no danger whatsoever.

In other words, it’s more than likely that every single character will survive Season 5. So as Jurassic World: Dominion takes place four years after the events of Jurassic World: Fallen Kingdom, this is something that could easily be referenced — perhaps Maisie Lockwood is taking some pointers from Darius and the gang on how to survive a dinosaur-inhabited North America!

There haven’t been any casting announcements relating to any of the Jurassic World: Camp Cretaceous characters for the upcoming movie, though, but we’d be surprised if there wasn’t some reference to their existence. Either way, we can at least expect a ton of Easter eggs relating to all the previous five Jurassic Park movies (spared no expense, of course).

Comments Off on ‘Jurassic World: Dominion’ Could Feature Characters From ‘Camp Cretaceous’